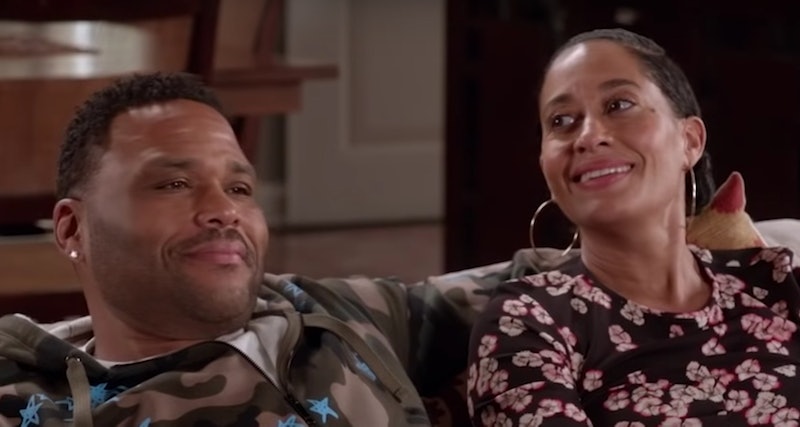 Earlier: Ever since black-ish premiered in 2014, America's gotten to know — and love — the Johnson family. So now with end of Season 6, fans are wondering: will black-ish return for Season 7? Short answer: there's no news one way or another just yet. Let's break down what we know so far regarding black-ish's potential seventh season.

For those not in the know, black-ish follows Andre Johnson (Anthony Anderson) and Rainbow Johnson (Tracee Ellis Ross), two parents who navigate difficult issues around being Black parents in modern-day America. They face down these issues alongside their family, which includes Zoey (Yara Shahidi), Andre Jr. (Marcus Scribner), Jack (Miles Brown), and Diane (Marsai Martin). The show often sees them working through controversies and issues that mirror real life, and the show has earned a reputation for deftly offering perspective and insight into an oft-marginalized community.

This reputation placed black-ish on many critics' hot lists and earning it a strong viewership over its first three seasons. But over time, the show's ratings have waned, now averaging 2.63 million viewers.

That said, black-ish has been around for quite a while, and in its time, it's earned multiple nominations and award wins. Its past honors include a 2016 Television Critics Association award for Outstanding Achievement in Comedy and a 2017 Best Actress in a television series musical or comedy Golden Globe Award for Tracee Ellis Ross. For these reasons alone, it's a strong contender for renewal, despite what its numbers might indicate.

Again, there's no confirmed news whether black-ish has been cancelled or not, and the answer as to whether it'll get a renewal remains up in the air. But fans can rest assured that it's at least confirmed to live on in some fashion: through one of its two other television spin-offs.

Black-ish's spin-offs include grown-ish, which follows eldest daughter Zoey (Shahidi) as she leaves for college, and mixed-ish, which follows a young Rainbow (a.k.a. Bow, played by Arica Himmel) as she grows up in the 80s in a mixed-race family. While mixed-ish, the newest of the pair, just ended its first season with no confirmation of a renewal, grown-ish was renewed earlier this year in January for a fourth season, per Deadline. So it's safe to say we'll be seeing more of the Johnsons in some capacity for seasons to come.

More like this
Alan Carr's 'Changing Ends' Is A Witty Sitcom Based On His Own Life
By Darshita Goyal
Everything To Know About The 'Daisy Jones & The Six' TV Series
By Maxine Harrison and Brad Witter
'The Last Of Us' Has Officially Been Renewed For Season 2
By Darshita Goyal
Here’s What Happens To Bill & Frank In 'The Last Of Us' Video Game
By Brad Witter
Get Even More From Bustle — Sign Up For The Newsletter
From hair trends to relationship advice, our daily newsletter has everything you need to sound like a person who’s on TikTok, even if you aren’t.