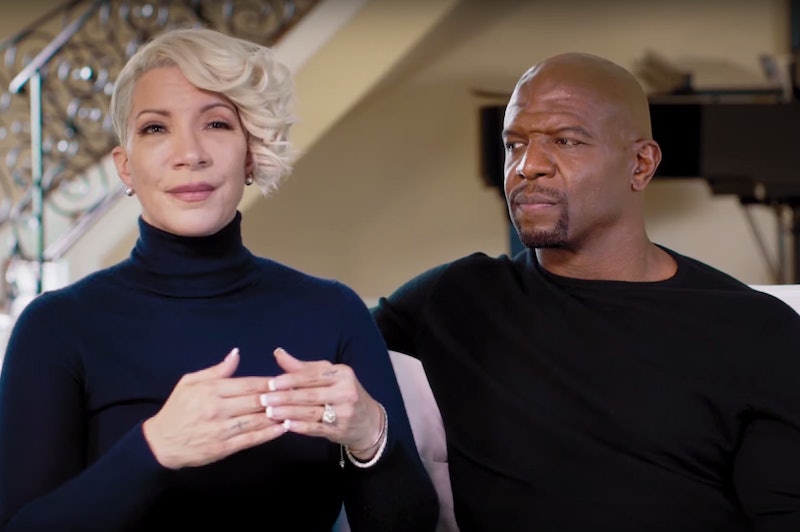 Across three seasons, OWN docuseries Black Love has featured numerous black couples speaking candidly about the challenges (and joys!) of marriage. It's not the kind of show you look to for juicy drama, but one you watch for a real, honest look at relationships — which is in itself a reason to renew Black Love for Season 4. It could help a lot of couples trying to navigate their own marriages at home.

Unfortunately, there's not any news yet about whether or not the show will return. But it first premiered in August 2017 and has returned each summer since, so if Black Love does come back, Season 4 will likely premiere in the summer of 2020. Furthermore, it seems like the show is doing well, since Deadline reported that when Black Love first premiered in 2017, it became OWN's most-watched unscripted series in history.

And it's clear that creators Codie Elaine Oliver and Tommy Oliver (who are also married) are passionate about the stories they're telling. "One of the things that I wanted to do was sort of understand marriage from people who are married and not just sort of these misrepresentations that we see on TV or in film," Tommy told NPR's Code Switch back in 2017. Codie echoed the sentiment, saying, "We wanted us black folks to be able to see ourselves in happy loving relationships. And it never felt right to suggest that there was only one way."

Here's a look back at some of the relationships they've highlighted so far, with more hopefully to come.

"He's like a part of my body," the former Sister, Sister actor said, referring to her husband of around 11 years. "You know what I mean? It's like, I can't even visualize myself without Cory."

"After my first date with Julius, my life got better," the How to Get Away with Murder actor said on Black Love. "Every way — anxiety went away, fear went away, he just made my life better."

The This Is Us actor met his wife, Ryan, when they were both students at Stanford, according to Entertainment Tonight. And although they've been married since 2007, per Mercury News, they still have fun together, as is evidenced in the above video, where Sterling can't keep it together while his wife is telling a story about when they first started dating.

Beyoncé and Solange's mom appeared on Black Love with her husband, Richard. In the above clip, they discuss how they've learned to choose their battles after realizing they're both "Alpha people."

The She's Gotta Have It star described marriage as simply being "self-love for two." She continued, saying, "Every day, anything that I would do for myself, there's one other human being that I have to make another serving for.... That's what I think of marriage as — a little more coffee!" Wise's husband, Alano Miller, is also an actor and is perhaps most notable for his role of Roman Zazo in Jane the Virgin.

Gospel singer Kirk Franklin and his wife, Tammy, have been married since 1996, and with it has come challenges. In the above clip, they recount a dinner date where they realized they didn't know the person sitting across from them. "It was very scary," the "Love Theory" singer said. As a result, they began marriage counseling. "The thing that I am so grateful for is that we both were willing to put in that work," Tammy said.

This couple may not be famous, but it's notable that Black Love has featured queer relationships. In addition to the above Jai and Rebecca, the series also interviewed a gay couple in Season 3. "We didn't want our children to live with 'life partners,'" Rebecca said in the above clip. "Like, we wanted them to know that we were committed to each other, married. And brought them into the world on purpose. Getting married doesn't change how much you love someone, but I think it changes the kind of situation that your house is essentially built upon."

"I don't stay silent, and I don't have a lot of time to spend unhappy," the Claws actor said back in Season 2. "Life is short, and so I want to enjoy it and enjoy my husband all the time." Nash had a previous marriage, and wed Tucker in May 2011, per Essence.

The Brooklyn Nine-Nine actor and his wife have been married since 1989, and they've been through the highest of highs and the lowest of lows in that time. In their episode, Rebecca recounted kicking Crews out of the house after he admitted to being unfaithful. Fortunately, they've worked on their marriage and are doing well today. The Crews even appeared on The Bachelor earlier this year.

So while Black Love fans have to wait for news about a fourth season, they can still go back and watch their favorite interviews.