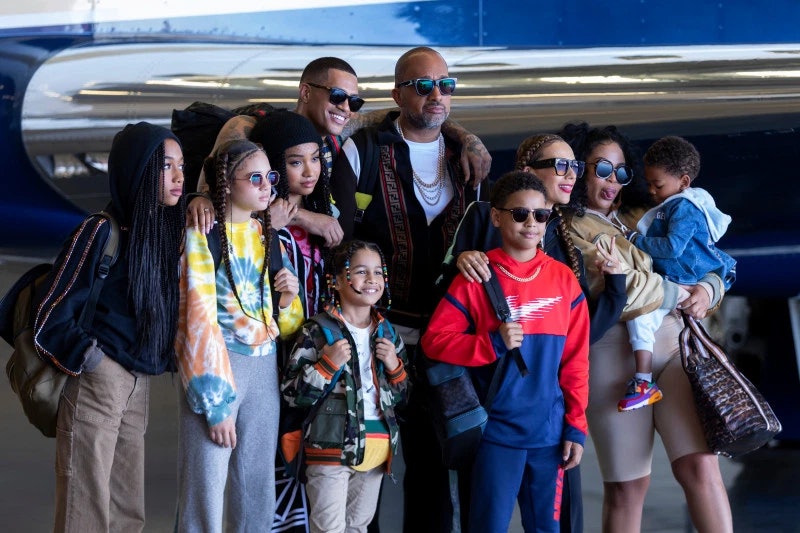 Update: #blackAF has been renewed for Season 2.

Earlier: Whether or not Black-ish creator Kenya Barris' new Netlifx show #blackAF, returns for Season 2, he will have more content coming to the platform soon.

In August 2018, Barris signed a three-year deal with Netflix to develop TV shows for the streaming company. The deal came quick on the heels of conflict for Barris. Black-ish home channel ABC and its parent company Disney stopped an episode of the show from airing, worrying it would upset red state viewers (the episode, "Please Baby, Please" covered the Charlottesville attacks and national anthem kneeling protests). It was the last straw for Barris. "If I was going to step out, I wanted to do something where I could take off all the straps and really hang out of the plane," Barris said to Hollywood Reporter about his decision to jump ship. "I want to be Netflix with attitude — loud, bold and unapologetic."

The show he developed, originally called Black Excellence, evolved into #blackAF. Based on Barris' family post-TV success, the show follows Barris, wife Joya (Rashida Jones) and their kids as they figure out how to and what it means to be a "new money" black family. #blackAF finished casting back in December 2019, with the first season's eight episodes available now.

While the show has yet to be renewed for a second season, #blackAF has already gotten plenty of attention in the black community. Complaints that this is the third show Barris cast featuring light-skinned actors and lacking darker skinned actors surfaced after the first promotional pictures of the cast came out. Barris put plenty of that criticism in the show's first trailer, which features Barris getting dragged by other black creators and actors, has Jones getting called "the whitest person I know" by her own daughter, and reflects on the constant need to defend one's "blackness."