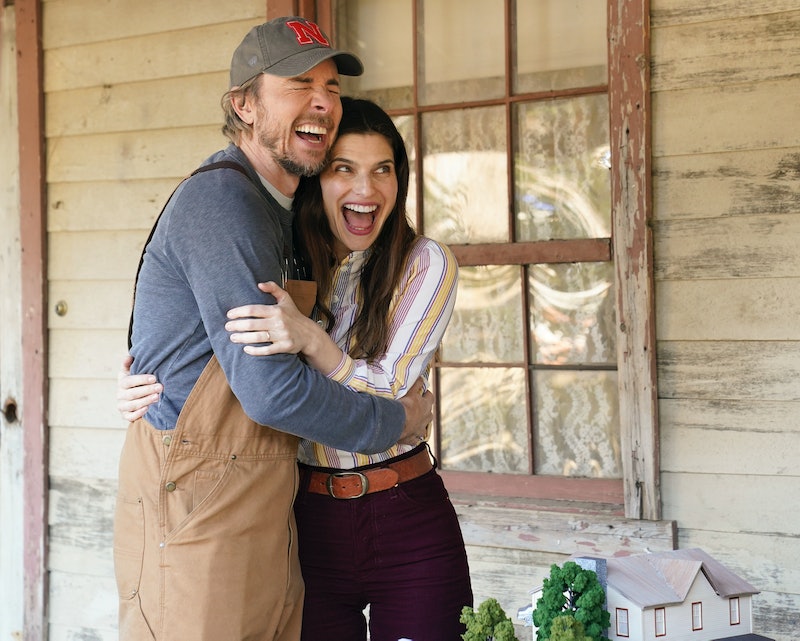 Update: Bless This Mess has been canceled after two seasons.

Earlier: Bless This Mess has charmed fans for two seasons already, and its future odds are looking pretty good. Bless This Mess Season 3 hasn't been officially announced, but all the signs suggest that it will be renewed soon. After all, ABC liked the show enough to give it a higher episode order mid-season.

According to TV Line, ABC gave Bless This Mess Season 2 an additional six episodes and praised the show's quick success in November. "[It's] become a fan favorite, due in large part to the expert wit of co-creators Lake Bell and Elizabeth Meriwether, and our incredibly talented and charismatic cast," ABC Entertainment president Karey Burke said in a statement to TV Line.

And while many shows struggle to keep viewers after one season, Bless This Mess was one of three scripted shows on ABC to see an increase in viewership over the previous season, growing its audience by 8 percent for an average of 3.6 million viewers per episode. It's currently the ninth most-watched ABC show out of 20 scripted series.

The coronavirus pandemic may have given the show a viewership bump, too, as families are spending more time inside together in front of the TV. The Chicago Tribune reported that there's been a rise in viewership of family-oriented comedies on network television, and called out Bless This Mess as one show that's hit season-best numbers in recent weeks.

So with a third season looking likely, the question is just when that season might premiere. Season 1 aired in April as a mid-season show, but Season 2 was moved to a coveted fall time slot. Season 2 began taping in early August, which may still be a feasible timeline in the current climate for a new season, although adjustments may have to be made as that production period draws closer. If things are able to stay on schedule, expect a late September 2020 premiere date for Season 3, should it be renewed.

Season 2 was given the go-ahead before Season 1 had ended, so it's a bit unusual for the show to not have a renewal yet as it heads into the Season 2 finale. But perhaps ABC is just waiting to see the finale numbers before making a decision regarding an episode count or premiere date. Sure, the future of the series is technically uncertain, but all the evidence points to ABC wanting this fan favorite show to go on.