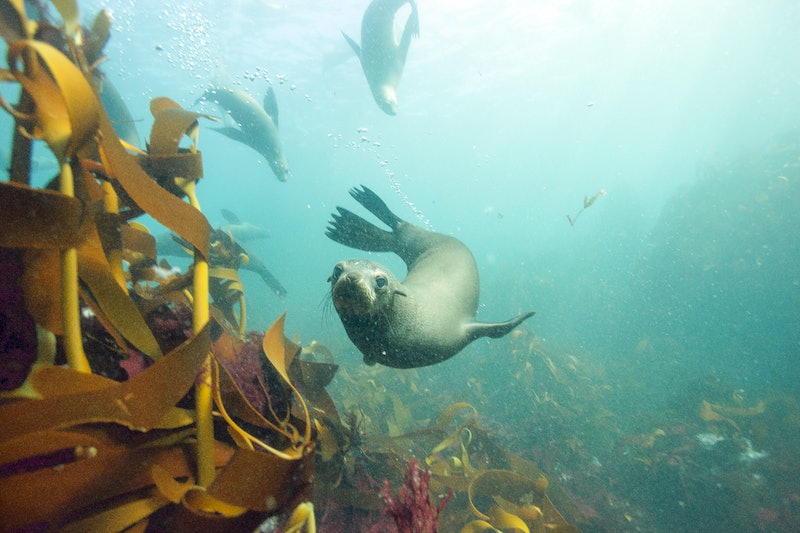 Even if you don't claim to be a naturalist like Sir David Attenborough, there's no denying the emotional impact that his narrated nature television series has. The finale of Blue Planet II airs on Saturday, March 10 on BBC America and you may immediately be wanting Blue Planet to return for more in-depth looks at the Earth's oceans. However, while there's a possibility that there could be a Blue Planet III, these documentary series take a very long time to film. Yet, according to an interview that Attenborough gave before Blue Planet II premiered in the UK, he has no intention of stopping his life's work. So Blue Planet could return one day — you'll just have to wait years for it. But luckily, there will be plenty more nature programming from Attenborough to watch while you wait.

These ocean-based nature documentaries are presented by Attenborough, who has helped people see the Earth for the magical place that it is for more than 65 years. And he spoke to The Sun about how he wants to keep creating series about the Earth, like Blue Planet and Planet Earth, for as long as he's able. "I see no reason whatsoever why I can't live past 100," Attenborough said. "Earth has enough wonders to make more than three Planet Earth series."

Blue Planet II producer Orla Doherty praised Attenborough to the UK publication Metro. "He's an absolute genius, he's a master storyteller. He takes the films and he turns them into something extraordinary, by adding his voice and the way he works with words," Doherty said. "It's been an absolute joy, probably one of the greatest joys of my life to actually have the privilege of making these films with him."

She also echoed his sentiment that there's plenty more Earth to discover. "There is always going to [be] room for another major series on the ocean because the ocean is simply so unexplored, because we're finding new stories, new events that happen in it," Doherty told Metro. However, she said there are currently no plans for a third Blue Planet. "Well, wouldn't it [be] lovely [to have a third series], but at the moment we're all just dusting our desks off and thinking about what's next."

Speaking of what's next, the BBC Earth team's upcoming project is the five-part series Dynasty. Similar to how each episode of Blue Planet II focused on a specific habitat, each episode of Dynasty will follow a group of animals — lions, hunting dogs, chimpanzees, tigers, and emperor penguins — as they attempt to maintain power within their territory.

So even though there are no immediate plans for another Blue Planet right now, Attenborough's programs will continue to help people understand the magnificent scope of the world and how humans impact it. And if you're a sea-lover, don't fret since Doherty far from shut down the idea of another Blue Planet to Digital Spy. "I will always be excited for a potential Blue Planet III," Doherty said — you just may have to wait another decade for it.