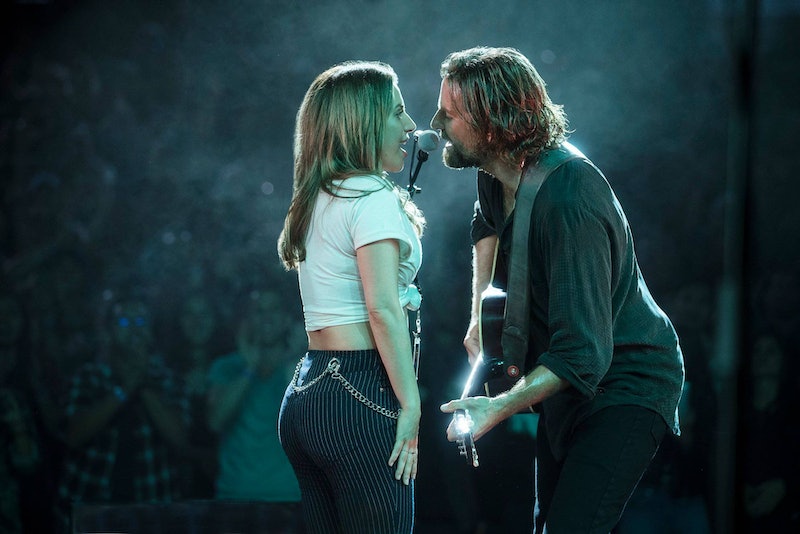 The weather might be telling a different story, but festival season is definitely in full swing. The next big event on the agenda is none other than Glastonbury. With the likes of Stormzy, The Killers, and The Cure headlining and the rumours that Bradley Cooper and Lady Gaga may perform at Glastonbury this year, those attending this iconic event could be in for a legendary weekend. And since their breathtaking performance of 'Shallow' at the Grammys earlier this year, seeing the actors duet together in a live capacity has become a pretty sought after event.

However, this dream was derailed somewhat in April after Ellen DeGeneres asked Cooper whether a tour could be in the cards, to which he replied with a flat out no. Although, he is open to doing a one-off live reading of A Star Is Born, including the songs at the Hollywood Bowl. If that were to happen, it could easily be strung out into a tour of some sort... and what better place to test that out than Glasto?

Obviously, nothing has been confirmed by Cooper or Gaga on whether they'll actually do a live reading let alone testing it out at Glastonbury, but according to music journalist Edith Bowman, a performance at the festival is allegedly on Cooper's radar. Appearing on Channel 4's Sunday Brunch this weekend, Bowman spoke of her podcast Soundtracking, as NME reports, where she speaks to those in the film industry on how music influences their art. After telling Cooper that she wanted to see him and Gaga perform the film's soundtrack live, Cooper revealed that he had actually spoken to the organisers of the festival about a potential slot. "He said, 'Well we have been talking to Nick [Dewey, Glastonbury booker] and Emily [Eavis, co-organiser] about it — we'd do The Park Stage'," Bowman told presenters Tim Lovejoy and Simon Rimmer.

In the podcast, Cooper spoke of how if he and Gaga were to do a set, they would "maybe just do six songs", which NME notes could mean that festival-goers may see the two actors during "the vacant 40-minute slot on Saturday morning (June 29). The music site also pointed out that "Lukas Nelson & Promise Of The Real — Cooper's backing band in A Star Is Born — are playing the same stage on the previous day." So basically, it seems that the stars are indeed aligned for a short performance from Cooper and Gaga, but festival-goers will most likely be in the dark until Glasto is in full swing.

And it's not like Cooper doesn't have any history with the festival, either. Those who have seen A Star Is Born will note that Cooper secretly performed at Glastonbury in 2017 before Kris Kristofferson's set on the Pyramid Stage. "I go to Glastonbury every year and I'd seen so many of my heroes on that stage, so the fact that I was there was very surreal," he told NME last October.

"Oddly enough, if you've ever been to Glastonbury you know that feeling of comfort with 300,000 people — you feel safe. Once I got on stage centre, I felt very comfortable but the road to that was very terrifying!"

Whether a performance will go ahead at Glastonbury remains to be seen, but if that NME interview is anything to go by Cooper will most likely be there so here's hoping.