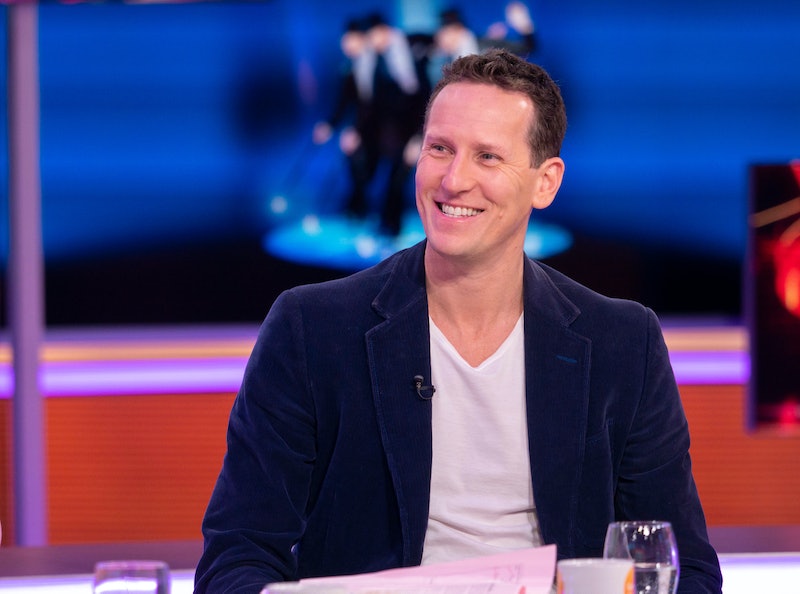 News that The X Factor would be returning to our screens in 2019 came as a welcome relief to fans of the long-running talent show. However, this year both a celebrity and all-star edition of the ITV series will replace the format we've become accustomed to over the past 15 years, and details of the celeb lineup have begun to emerge. The Celebrity X Factor will reportedly welcome a string of big names including reality TV's Gemma Collins and Britain's Got Talent judge David Walliams — and, in preparation for the show's debut, Brendan Cole just joined a boy band alongside Holby City actor Jeremy Edwards.

Yes, according to The Sun, the former Strictly Come Dancing star has jumped ship to ITV, and is set to enter The Celebrity X Factor as part of a duo. Speaking of Cole's decision to appear on the series alongside Hollyoaks alumni Edwards, one source told the newspaper:

"Brendan has a huge fanbase from Strictly, and Jeremy has been on some of the biggest soaps in the country so they’re hopeful they will go far. Initially it started out as a bit of a novelty idea but they’re really enjoying it and have started to feel pretty optimistic about making a mark on the show. They’ve already filmed their first scenes, so there’s no going back — but Strictly probably won’t be too impressed when they find out he has jumped on board with their biggest rival after all those years."

Bustle has reached out to reps for both Cole and Edwards to see if they have any comment on the report from The Sun, and I'll let you know if I hear anything.

According to the Radio Times, if the news is true, it won't be the first time Cole has shown off his singing abilities on TV, as he previously appeared on the BBC's Just the Two of Us back in 2007, in which he performed alongside soul singer Beverley Knight — and finished in second place.

The Radio Times also reports that music mogul Simon Cowell has forked out around £3 million in order to attract some big names to The Celebrity X Factor, and, although it's a spin-off, the winner of the contest will be offered an actual record deal. Speaking to The Sun about Cowell's approach to the new series, one insider revealed: "Simon knows that getting the right stars to enter is the key to its success. So to make that more appealing he’s decided to put a proper record deal with Syco on the table for the winner — with serious money behind it. It's a proper competition and they want people who can really sing but who are big personalities too."

Bustle has reached out to reps for both Cowell and Syco for comments on the above reports, and I will let you know if I hear anything.

Although an official start date is yet to be confirmed, I'm already counting down the days until the first celebrity takes to the iconic X Factor stage. Bring it on.

More like this
Siva Kaneswaran's Net Worth Shows The Value In Chasing The Sun
By Bustle UK
This Pre-'Love Island' Video Of Olivia & Zara Together Changes Everything
By Bustle UK
Twitter Can’t Make Up Its Mind About Ekin-Su’s 'Dancing On Ice' Skate-Off
By Sophie McEvoy
'Love Island’s Kai Fagan Is Very Clear About What He Doesn’t Like
By Sam Ramsden and Darshita Goyal
Get The Very Best Of Bustle/UK
Sign up for Bustle UK's twice-weekly newsletter, featuring the latest must-watch TV, moving personal stories, and expert advice on the hottest viral buys.