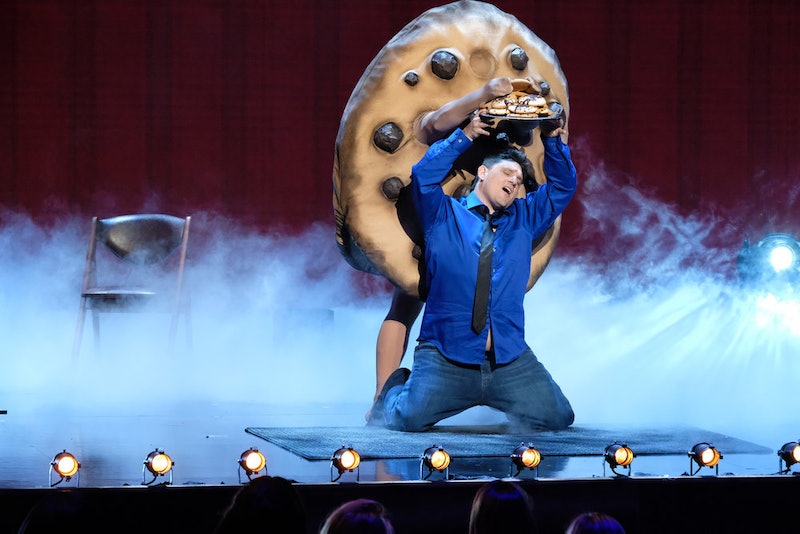 In the same vein as competition shows like Last Comic Standing, NBC's spin on the concept, Bring the Funny, will conclude its first season with a two-week finale, finishing on Tuesday, Sept. 17. The series boasts judges SNL's Kenan Thompson, Chrissy Teigen, and Jeff Foxworthy, with comedian Amanda Seales hosting the competition. That said, it's unclear whether Bring the Funny will return for Season 2.

For a reality show about comedy, Bring the Funny has a complicated format. The series first premiered in early July, where it introduced audiences to 40 different acts, who competed in the Open Mic Round. In the weeks that followed, the remaining 24 contestants then moved on to the Comedy Clash, where acts competed against each other onstage. Confused yet? The Showcase followed, which helped narrow the contestants down into the remaining four acts that would compete in the two-week finale — along with one audience favorite (The Valleyfolk), who were allowed to return. On top of all that, whoever wins Bring the Funny Season 1 will receive $250,000.

And since the series has featured a variety of funny people from all different disciplines — stand-up, variety show, and sketch comedy — here's how to support the competitors who made it far after the winner is announced ends next Tuesday.