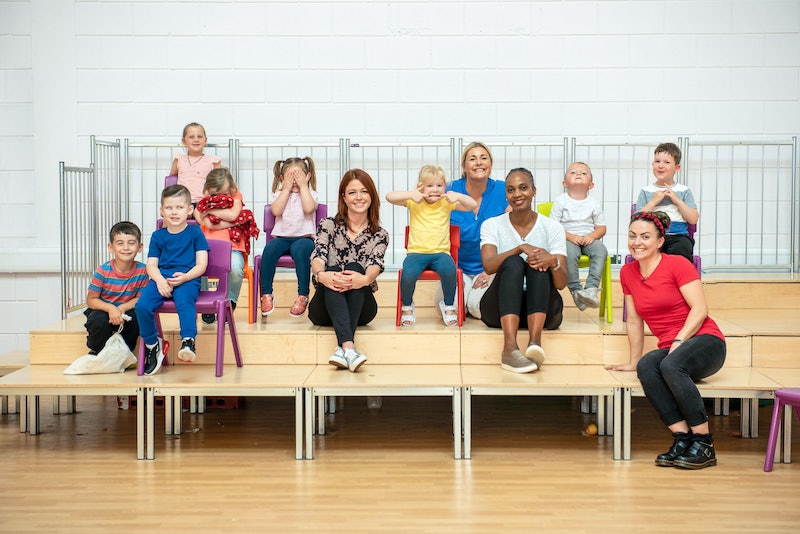 Even though I don't have children, I still find myself watching endless amounts of docu-series or videos on YouTube about childcare techniques. I could be subconsciously preparing myself for a possible future, but I think it's more to do with the psychology behind how kids develop into adults and why they behave in specific ways. Last week, Channel 5 began airing a series that taps precisely into this, focusing specifically on young children that are perceived to be naughtier than most. But will Britain's Naughtiest Nursery be back for series 2?

The series, which began on Oct. 3, is only airing for two episodes, so it's understandable to wonder whether or not it will continue. Especially with all the work that consultant child and educational psychologist Laverne Antrobus has done for the parents involved in the programme. So I reached out to a rep for Channel 5 to see whether viewers will be seeing more of Antrobus's work soon, but have yet to hear back. I'll keep you updated if I do.

As the show's production company writes, the series sees Antrobus "tackle the extreme and shocking behaviour of some of the UK's most challenging children — all aged three to five years old." The psychologist has set up a special nursery for the kids, many of which "have already been excluded from nurseries back at home", to discover why they are behaving this way before they start primary school.

One case is with four-year-old Louis, whose violent tantrums are increasingly worrying his mum Julie. "His anger scares me, sometimes I don't know what to do because sometimes I can't stop him when he's angry," Julie said during the first episode of the series (via The Sun). To help discover the root of Louis's problem, Antrobus sits one on one with the parents to discuss his tantrums are usually dealt with.

Antrobus goes onto explain how he needs to know when "he's taking it too far", and that he needs structure to function better. "Louis does well when he has structure and what he needs is that structure is times he can be really energetic so when you need him to be more settled he can understand there's a distinction." She continued:

"I think that if he spends some time burning this energy off with his dad we could really solve two of his problems in one go."

One of the nursery's teachers, Jules, shows Louis's dad Guy "how bouncing his son on an exercise ball can help quieten him down." And, as The Sun points out, Louis is "able to sit and play a quiet game just after a few minutes".

Obviously, Louis isn't the only child involved in the programme, and he's joined by many other kids with similar cases. But by the children's parents getting to the roots of their problems with Antrobus, it gives them a first step in helping their kids in the right direction before they step into the world of higher education.