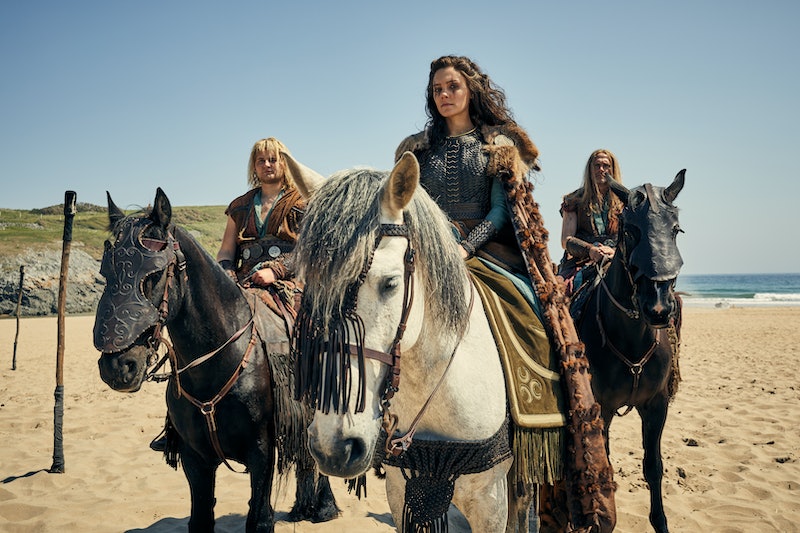 After something to fill that Game of Thrones shaped void in your heart? Look no further than Sky Atlantic's historical epic Britannia. First premiering in January 2018, the series set the stage for a tale of the Roman Conquest of Britain through a fictional lens of drama, magic, and violence. But will Britannia return for series 2?

Well, get ready for some fantastic news because the series will be returning on Nov. 7 on Sky Atlantic. "The first series of Britannia brought Jez [Butterworth]'s unique vision to life," Cameron Roach, commissioning editor for drama at Sky said in a press statement. "The series is a tale of clashing faith systems, torn apart families, mystic men and fearsome queens, all told with humour, heart, epic drama and violence."

"Drama on Sky is about the unexpected, the visceral and the memorable, it's about stories told in a way you won't find anywhere else. That's why were are delighted to be working with Jez and the production team on the next instalment."

It's been quite a while since viewers last saw the historical fantasy series, which last aired in March 2018. So if you're a bit rusty on what went down in the finale of the first series, here's a quick recap. Of course, if you haven't started Britannia at all yet don't read on because, y'know, spoilers.

As The Guardian describes in their recap, the final episode "was suitably bonkers", and featured a lot of deaths. One of the show's main characters Queen Kerra (played by Kelly Reilly) was killed in a Game of Thrones-style move, all thanks to the impending reign of the Roman Empire. That's a pretty brief summing up of all the drama, but the finale of Britannia certainly served up enough tension to warrant a second series, that's for sure.

Speaking of the second series, Sky Atlantic hasn't held back on teasing fans with what's to come. As iNews writes, the story continues two years on from the events of the first series, with General Aulus (David Morrisey) "romanising willing Celt tribes" to fully occupy the land. The remaining Celt tribes and the Druids are left in Aulus's firing line, but Cait (Eleanor Worthington Cox) who is being trained by the magical Druid Divis (Nikolaj Lie Kaas) to "fulfil a prophecy that would save Britannia from the Romans".

Of course, drama makes its way into this plan putting "the prophecy in jeopardy", so the second series of Britannia may see the Romans succeed in their plan after all. Only time will tell.

More like this
This First Look At 'The Gold' Shows Jack Lowden In A Whole New Light
By El Hunt and Sam Ramsden
9 Time Catherine Cawood Was An Absolute Badass In Happy Valley
By Sophie McEvoy
This Dark 'Happy Valley' Theory Will Keep You Up At Night
By Sophie McEvoy
ITV's 'Maternal' Was Inspired By A Very Simple – & Unanswerable – Question
By Maxine Harrison
Get The Very Best Of Bustle/UK
Sign up for Bustle UK's twice-weekly newsletter, featuring the latest must-watch TV, moving personal stories, and expert advice on the hottest viral buys.