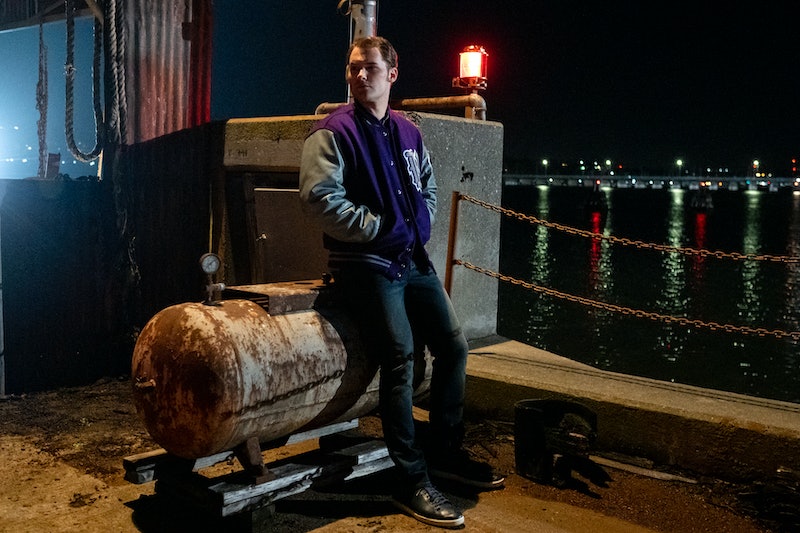 With one final season left to go, 13 Reasons Why is bringing back many of the Liberty High students who have unfinished business to resolve before they finally graduate. That includes the likes of Bryce Walker, who will appear in 13 Reasons Why Season 4, despite the fact that he met an untimely demise in Season 3. The character's return was basically guaranteed once he popped up in the Season 4 trailer. So how exactly is this possible? According to series showrunner Brian Yorkey, there are plenty of creative ways to incorporate Bryce.

"I'm trying not to spoil anything but I will say that, I can't remember the exact line in season 3, but Clay's sitting alone in the robotics room and it's pouring rain and Bryce shows up and he says something like, 'The dead don't stay dead around here,'" Yorkey recalled to Entertainment Weekly when asked about Bryce's appearance in Season 4. "So I think that, it being 13 Reasons Why, even though both Bryce and Monty are gone from this earth, there will be ways that they factor into our story and certainly into the states of mind of our characters in season 4."

Yorkey didn't elaborate on how exactly the show will go about bringing Bryce back, but it's safe to assume that Bryce and Monty will either appear in flashback form or as ghostly visions, meant to haunt those with a guilty conscience who had a hand in their deaths, whether directly or indirectly.

In the Season 3 finale it was finally revealed that Alex was the one ultimately responsible for Bryce's death — with his friends helping him cover it up by framing Monty for the crime instead. Monty died shortly afterward in prison, which means all of them technically have blood on their hands and would have good reason to feel haunted by their two former classmates.

But will any of them get caught and be forced to face actual consequences for their crimes? Brandon Flynn, who plays Justin on the series, hinted to Entertainment Tonight that "anxiety and panic" will run rampant for everyone throughout the final season as they try to keep their most guarded secrets buried. "I think no one is safe," he told the outlet. "That's kinda always been the underlying tone of each character."

So while Bryce may be dead and buried, he clearly still has a vital role to play throughout Season 4 that could very well impact where the rest these characters all end up come the finale.

More like this
Netflix Shut Down 'Bridgerton' S3 Rumours About A “Very Dark” Storyline
By Bustle
Ashton Kutcher Wants Danny Masterson “To Be Found Innocent” In Rape Retrial
By Jake Viswanath
'The Queen’s Gambit' Season 2 Tweet Wasn’t From Anya Taylor-Joy
By Mary Kate McGrath, Jack Irvin and Grace Wehniainen
Everything To Know About A Potential 'Lockwood & Co.' Season 2
By Gretchen Smail
Get Even More From Bustle — Sign Up For The Newsletter
From hair trends to relationship advice, our daily newsletter has everything you need to sound like a person who’s on TikTok, even if you aren’t.