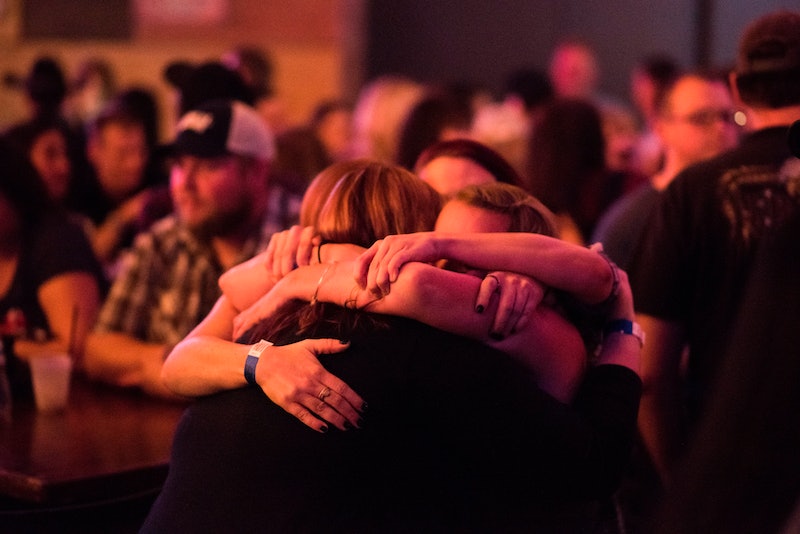 In Las Vegas, a gunman killed 58 people and injured nearly 500 in an extremely short span of time. He was able to do this because 12 of the reportedly 19 rifles discovered in his hotel room were equipped with "bump stocks," attachments that enable semi-automatic weapons to essentially replicate the firing speed of fully automatic weapons. Consequently, congressional Republicans are now reportedly considering throwing their support behind a bump stock ban. But while this ban would be an important step forward, elected officials must go further by pursuing full-fledged gun control.

In the aftermath of the shooting in Las Vegas, Senate Majority Whip John Cornyn, Kentucky Sen. Rand Paul, South Carolina Sen. Lindsey Graham, and other prominent senators have all expressed an interest in learning more about bump stocks. Over in the House of Representatives, meanwhile, Republicans like Florida's Carlos Curbelo and Texas' Bill Flores are highly in favor of anti-bump stock legislation, and it's clear why: If the Las Vegas shooter had not had bump stocks, many lives would have been saved because he would not have been able to fire so many consecutive shots into the crowd below. However, it is also important to consider that had he not had any guns at all, the massacre in Las Vegas simply wouldn't have happened.

This doesn't mean that the bump stock ban is a bad idea: The Wall Street Journal argued that banning bump stocks wouldn't prevent all mass shootings and was therefore pointless, but if such a ban could even prevent some of them, then it is something worth passing. In fact, California Sen. Dianne Feinstein, a staunch gun control advocate, has already introduced legislation to ban bump stocks and similar devices, and Rhode Island Rep. David Cicilline has introduced similar legislation in the House.

Instead, the point here is that a bump stock ban would only be a tiny step forward in the face of an enormous problem: how easy it is to get a gun in the United States. It is not surprising that lawmakers who for decades have been resistant to any kind of gun control legislation are now starting to think about a bump stock ban; it's because bump stocks are not guns, and this ban would not actually affect anyone's access to a gun.

But guns are the real problem. Other countries are routinely bewildered by how many guns are in the hands of American civilians, and the United States' gun problem is not restricted to mass shootings. According to the BBC, Americans own more guns in proportion to our population than any other country, and 64 percent of all homicides in the country were gun-related as of 2016, compared to 13 percent in Australia and 4.5 percent in England and Wales.

Now compare the United States — which has the highest gun homicide rate in the world — to Japan, which, thanks to its extremely strict gun control measures, reportedly experienced six gun deaths in 2014. NPR reported at the beginning of 2016 that Americans owned over 300 million guns, in a country of over 320 million people, while in Japan, data from 2011 indicates the country's 127 million people owned just 271,000 guns.

It's time for the United States to recognize that gun control makes a difference — and to consider that background checks or banning lethal gun accessories like bump stocks would not solve the country's gun problem. We can't keep insisting that "guns don't kill people, people kill people" when guns facilitate so many homicides and mass killings. However, we have this debate after every single mass shooting, and it's always the same: Urgent pleas for control are quickly followed by "Stop politicizing a tragedy!" and after a few days of emotional arguments, too many of us fall silent — until the next mass shooting.

Let's take a look at one last example. Australia had 13 fatal mass shootings between 1979 and 1996. The last one, which took place in 1996, left 35 people dead and 19 more injured. That was the last straw for Australia. The government — led by a conservative politician, no less — instituted a ban on semi-automatic weapons and long guns, then bought many of these weapons back and melted them down. Altogether, the Australian government destroyed approximately 1 million weapons, and according to The Guardian, Australia has not had such a large-scale mass shooting since.

Other countries serve as proof that strict gun control — and even outright bans on guns — are not only effective, but also save lives. A bump stock ban would certainly save lives, too, but it would be analogous to putting a Band-Aid on a gunshot wound. Bump stocks are a symptom of a culture that thrives on guns, that allows gun violence to carry on unchecked. If there weren't so many guns to begin with, bump stocks would be rendered useless. So, to elected officials considering a bump stock ban: Yes, you should pass it. But go several steps further, and severely regulate guns, too.