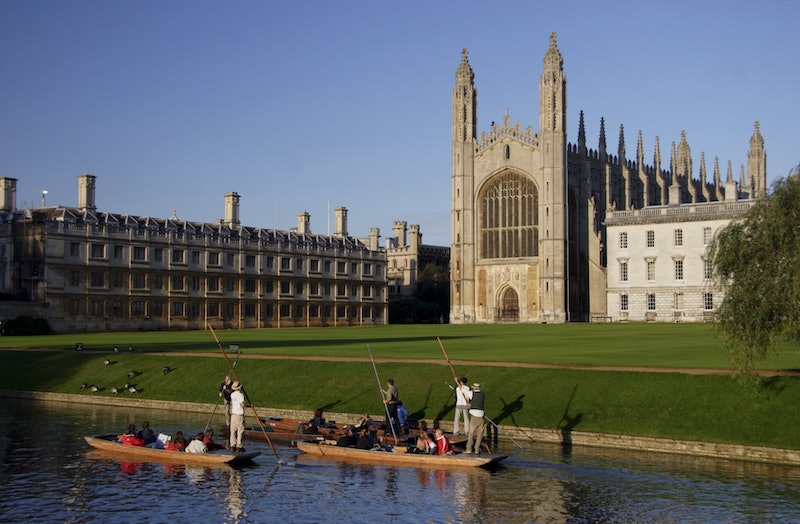 A two-year investigation has been implemented to find out whether the University of Cambridge has links to the slave trade. The investigation is the first of its kind in England and Wales and it aims uncover how the 810-year-old institution benefited off of the back of slavery through receiving gifts and donations during the colonial era. Vice Chancellor of Cambridge Stephen Toope said, "we cannot change the past, but nor should we seek to hide from it."

Cambridge's archives, libraries, and museums will be examined by an advisory group led by professor Martin Millett and based in the Centre of African Studies. According to the BBC, Professor Millett explained, "we cannot know at this stage what exactly it will find but it is reasonable to assume that, like many large British institutions during the colonial era, the university will have benefited directly or indirectly."

But once all the information is out in two years time, what's next?

Glasgow University held a similar investigation back in 2018. According to the Guardian, the study (also held over two years) indicated that the university directly benefited from the slave trade in Africa and the Caribbean in the 18th and 19th century. Today the figure would be around £200 million. Since then, Glasgow University has said they will make a centre for the study of slavery, as well as a memorial, but is that enough?

Students in universities across the UK have been attempting to address and bring to light the imperialist past of their institutions, with the aim of decolonising them. Jesus College in Cambridge removed a Benin Bronze statue of a cockerel that was looted in the 19th Century, the Telegraph reports. In Oxford, the movement Rhodes Must Fall Oxford was created by students who wanted to remove the statue of imperialist politician Cecil Rhodes. Inspired by the South African movement of the same name, the group aim to tackle colonial iconography and decolonise the institutional structures at their university.

Many Caribbean communities in Britain have called for reparations for the descendants of enslaved people — something that has been instigated at one institution in America. At Georgetown University in Washington D.C., the Telegraph reports, students have voted to pay $27 per semester towards a reparations fund for the descendants of 272 enslaved people sold by the University's founders in 1838 to pay off debt.

The transatlantic slave trade is deeply embedded in British society, even today. In fact, up until 2015, taxpayers were still paying off the equivalent of a £17 billion debt to compensate slave owners, the Guardian reports. When slavery was abolished, British slave owners were compensated for their loss of "property." The enslaved people, on the other hand, were not.

However, despite slavery being one of the most deep-rooted issues in UK history, it is still very rarely spoken about today. The University of Cambridge is finally acknowledging and investigating its links to slavery, and perhaps other universities will follow suit. But how far will the investigation go, and will we see any meaningful changes as a result of it? We'll have to wait two years to get those answers.