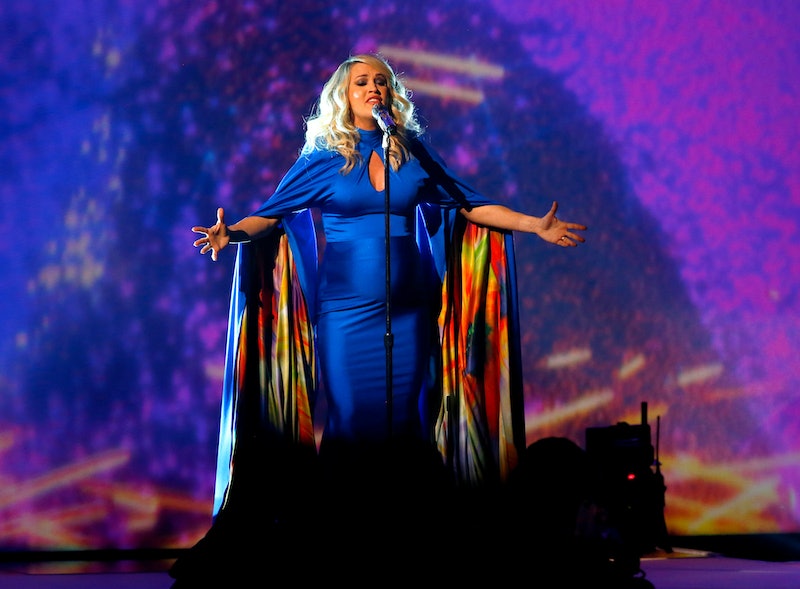 Just for a blissful minute, let's cast our minds back to 2005. Donald J. Trump was nothing but a reality TV star, Kim Kardashian was living a life of anonymity, and Carrie Underwood was crowned the winner of American Idol Season 4. Since then, the country-music star has gone on to become one of the most successful U.S. artists of the past decade, and has seen a strong of prestigious industry awards come her way. It appears the American singer is still going strong, and just last year the 36 year-old released her sixth studio album Cry Pretty. But will Carrie Underwood tour the UK?

Well, fans of the "Before He Cheats" singer better throw on their very best cowboy hats, because Carrie Underwood will be touring the UK in 2019. According to Underwood's official website, the singer will kick off the UK-leg of her Cry Pretty tour at the Birmingham Resorts World Arena on Friday, June 28. The following day, the American Idol winner will move onto perform at one of the world's biggest music festivals, when she takes the stage at the Glastonbury Festival 2019 in Somerset. On Sunday, June 30, Underwood will perform at the Cardiff Motorpoint Arena, before wowing audiences at SSE Hydro in Glasgow on Tuesday, July 2. The "Jesus, Take the Wheel" singer is then scheduled to perform at the Manchester Arena on Wednesday, July 3, and Underwood's final UK show of 2019 will take place at the Wembley Arena in London on Thursday, July 4.

Tickets are currently available to purchase via the singer's official website and Ticketmaster.

As mentioned previously, Underwood released her sixth studio album Cry Pretty back in 2018. According to Billboard, the singer first announced the new album in April last year, and when describing the sound of the record, she said, "At this point in my career, I feel stronger and more creative than ever. I think you can hear that in this new album. It's emotional, it's soulful, it's real, and we also have some fun on there too. I hope everyone loves it as much as I have loved making it."

The Grammy Award-winner later went on to reveal the meaning behind the album-title in an open letter to fans. In the letter, she explained "The title refers to when emotions take over and you just can’t hold them back. It really speaks to a lot of things that have happened in the past year and I hope when you hear it, you can relate those feelings to those times in your life. It’s emotional. It’s real. And it ROCKS!"

Cry Pretty received generally positive reviews upon its release, and currently holds a respectable score of 69 on the review aggregation website, Metacritic. One review by Marissa R. Moss for Entertainment Weekly praised the singer's vulnerability throughout the album, and noted that Underwood was "more willing to play within the definitions of country music." If you want to experience this brilliant album live in the flesh, you'll need to act fast, because the U.S. singer will be arriving in the UK later this month. And I, for one, cannot wait.