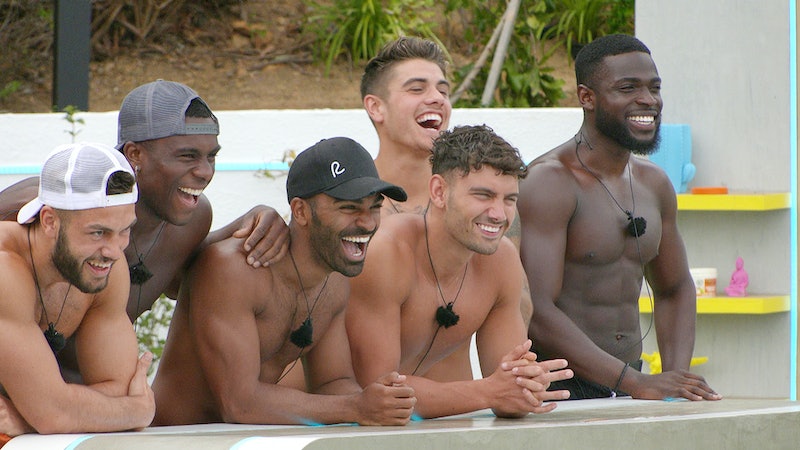 With Winter Love Island now in full swing, viewers are beginning to get invested in the romantic goings-on of this year's islanders. Now in its sixth season, the ITV2 reality hit is expected to carry with it a certain amount of villa drama, including the Casa Amor twist, during which male and female contestants are separated and tempted to jump ship from their current couple. But will Casa Amor return for Winter Love Island 2020?

Well, those looking forward to the Love Island staple are in luck, because Casa Amor is set to return tonight (Feb. 3). In a statement sent to Bustle it was revealed that there is indeed a brand new Cape Town Casa Amor villa where one half of the contestant will spend the next few nights. Plus there's a line-up of 12 brand new islanders.

The villa itself isn't too different from its OG counterpart, but one noticeable change is the graffiti decor, which features new, suggestive phrases including "temptation," "opportunity," "shoot your shot," and "switch it up." I wonder what the producers are hoping will happen...?

If you're unfamiliar with the Love Island format, Casa Amor is the name of the oftentimes controversial second villa which sees the existing couples split up and a fresh bunch of islanders introduced. During their stay in Casa Amor, new contestants aim to tempt the originals away from their couples — and if they're successful in doing so, they're awarded fully-fledged islander status.

As reported by The Sun, the Casa Amor villa first appeared in the show's third season back in 2017, and has gone on to become one of Love Island's most highly-anticipated elements. In the years since its conception, the second villa has been the centre of some intense island drama, including eventual winner Kem Cetinay's close relationship with Chyna Ellis, Josh Denzel's decision to dump the famously "loyal" Georgia Steel, and most recently, Michael Griffiths' bombshell head turn — after which 2019 winner Amber Gill was left standing alone.

More like this
'Love Island' Has Added Yet Another Bombshell To The Villa
By Bustle UK
'Love Island' May Have Just Lost Its Main Character
By Jason Okundaye
The ‘Love Island’ 2023 Cast Is Messy AF
By Jason Okundaye
Molly-Mae & Tommy Fury Revealed Their Baby Girl's "Really Unusual" Name
By Sophie McEvoy and Sam Ramsden
Get The Very Best Of Bustle/UK
Sign up for Bustle UK's twice-weekly newsletter, featuring the latest must-watch TV, moving personal stories, and expert advice on the hottest viral buys.