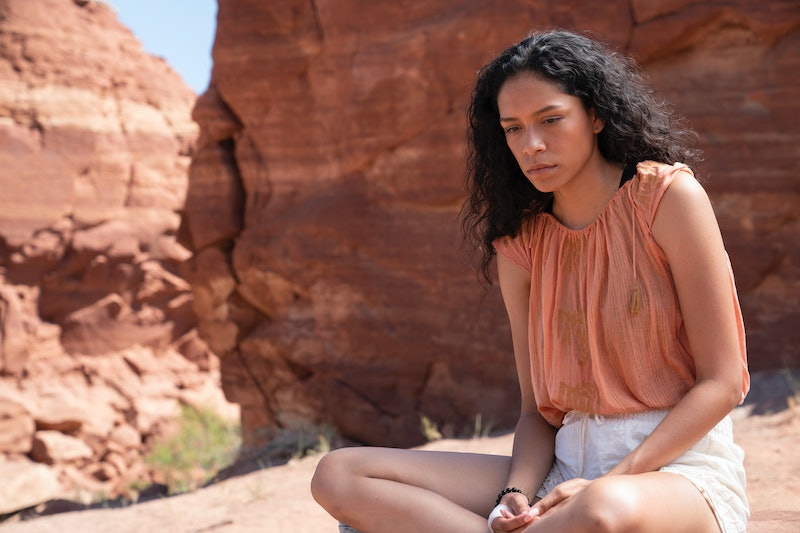 Netflix's Chambers, debuting April 26, centers around an organ transplant gone catastrophically wrong. The show follows a young heart attack survivor who becomes entangled in the mystery surrounding her donor's death, and who even creepily starts to take on some of the dead teen's characteristics and thoughts. But while it's a dark and thrilling premise, it's not yet clear if Chambers will return for Season 2.

Update: Chambers has been canceled after one season, Variety reported.

Earlier: Netflix is notoriously fickle about disclosing its viewership numbers, so even after Chambers is released, it'll be hard to predict if it'll be green-lit for another season. This is, after all, the company that canceled the beloved One Day At A Time but renewed the critically lambasted Insatiable. You truly never know what you're going to get with Netflix. As a result, even though early reviews for Chambers have been less than stellar, that doesn't necessarily mean all hope is lost for its future, especially since regular viewers' reactions can often differ wildly from critics'.

And if the show is renewed, creator Leah Rachel already seems to have a plan. According to her, there's plenty of inspiration to draw upon. "I wanted to tell a story about identity... I think being a teenage girl is a psychological horror anyway," she said in an interview with Build.

Vincent Schilling's Chambers review in Indian Country Today also praised the show's authentic portrayal of indigenous peoples' lives. "The series dives into a Native world and lends a subtle nod to Dine' culture without having to explain itself to others 'who might not be in on the joke,'" he wrote. "With episodes directed by several indigenous directors [including] Sydney Freeland, Alfonso Gomez-Rejon and Dana Gonzales, many times a bit of indigenous flavor is hidden in confines of the subtext, a brilliant and welcomed accomplishment."

Netflix has found a lot of success with recent horror and supernatural projects like The Haunting of Hill House and Chilling Adventures of Sabrina, so Chambers is in good company, and has the potential to find a longtime home on the site. Fans seem to be pretty stoked about its arrival, and that buzz on social media can make all the difference when it comes to a show's longevity. The trailer was enough to drum up tons of excitement on Twitter:

Another season of Chambers would be a welcome gift to those aching for a more diverse television landscape, and perhaps another batch of episodes would allow the show time to iron out the issues some critics have noted thus far. If you want Chambers to come back for more, the best thing you can do is watch, watch, watch.