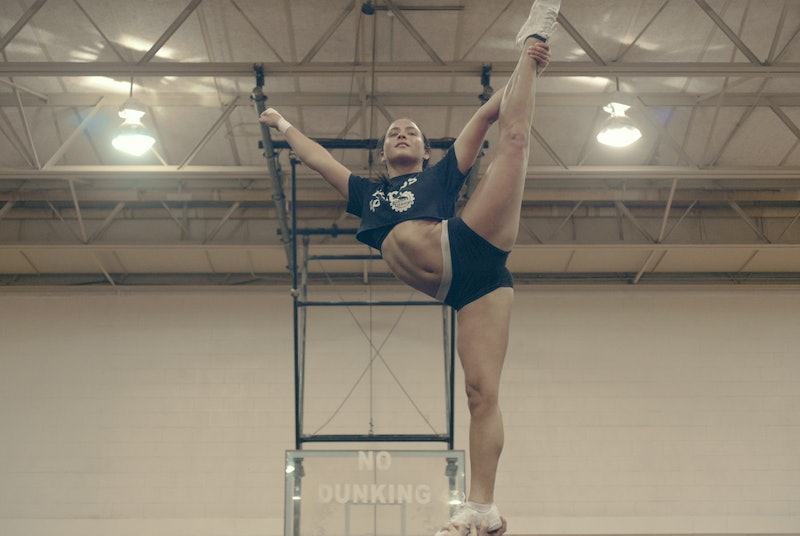 From the people behind Last Chance U comes Cheer — a docuseries about athletes at Navarro College in Corsicana, Texas. Much like its football predecessor, these cheerleaders are vying for a chance at stardom at this junior college, which is headed up by coach Monica Aldama. But while Season 1 premieres Wednesday, Jan. 8, it's too soon to tell whether Cheer will return for Season 2.

The football docuseries has been critically-acclaimed, garnering it four seasons (Season 5 will premiere later this year). New seasons of Last Chance U have been released every July since its premiere in 2016, so if Cheer follows the same production schedule (and is well-received), audiences can reasonably expect there be a new season next January.

"They're the toughest athletes I've ever filmed," the Last Chance U and Cheer creator Greg Whiteley told TheWrap. "It's not even close. And that's no slight to football players." His interest in cheerleading was piqued while they were filming Last Chance U Season 2 (which took place at East Mississippi Community College), Whiteley explained in the interview. "We just started noticing this cheerleading squad," he recalled. "We went and attended a practice, and it was surprisingly intense. And getting to know these cheerleaders, both Chelsea [Yarnell, field producer] and I thought, 'This would make a fantastic series on its own.'"

Much like the JUCOs East Mississippi and Independence Community College, Navarro's reputation precedes it. Not only have they won 14 National Championships in the past 20 years, per the Cheer press site, but the school went viral back in 2018 when one of their male cheerleaders, LaDarius Marshall, performed a particularly spirited routine.

And the coach seems happy with the way Cheer turned out, sharing in a Facebook post that she'd watched a screener. "[The docuseries] is honest, emotional, funny and gut-wrenching," Aldama wrote, in part. "It does not sugar coat anything so bring your tissues. It is not for your six year old as it touches on real life struggles for young adults. Our story is beautifully told, and I could not be more proud."

However, that doesn't mean the program hasn't had its scandals. In 2018, local CBS affiliate CBS11 reported that one of its former cheerleaders sued Navarro for alleged sexual assault by an assistant coach named Andre McGee. Per the article, the anonymous former athlete claimed McGee gave him Xanax in October 2015, which knocked him out. When the student woke up, he said he was being assaulted.

The student kept quiet for a few months, per the article, but eventually filed a police report. The CBS piece mentioned a second student who'd filed a similar claim but didn't want to be interviewed for their story.

However, after the student reported McGee, he discovered that the man didn't actually work for the school and was instead a volunteer in the cheer program. McGee was barred from any further volunteering at Navarro, and according to an article from the Freestone County Times, McGee denied all allegations.

Although Coach Aldama declined to be interviewed for the article, she made a statement, which was included in the CBS article. "[Andre McGee] was never an assistant coach and never had authority over the team or cheer team members," she said, in part. "The cheerleader who has accused Mr. McGee of sexual assault never told me that he encountered any sexual harassment or sexual abuse while a student at Navarro College.... Once I learned of the allegations against Mr. McGee, I ensured that he had no further contact with the Navarro College cheer team."

As of Dec. 14, 2018, the court had dismissed the case against McGee, but the former student was said to still be pursuing a civil case against both Navarro College and Coach Aldama. However, there don't appear to be any further updates on the trial, which was supposed to take place in 2019.

More like this
Peaky Blinders Won’t Return For Season 7 — But A Movie Is In The Works
By Brad Witter
Here’s Everything Coming To & Leaving Netflix In July
By Grace Wehniainen
Move Over, 'Sunset'! The Drama-Filled Trailer For 'Selling The OC' Is Here
By Nola Ojomu
What’s New On Netflix: The Return Of 'The Umbrella Academy'
By Arya Roshanian
Get Even More From Bustle — Sign Up For The Newsletter