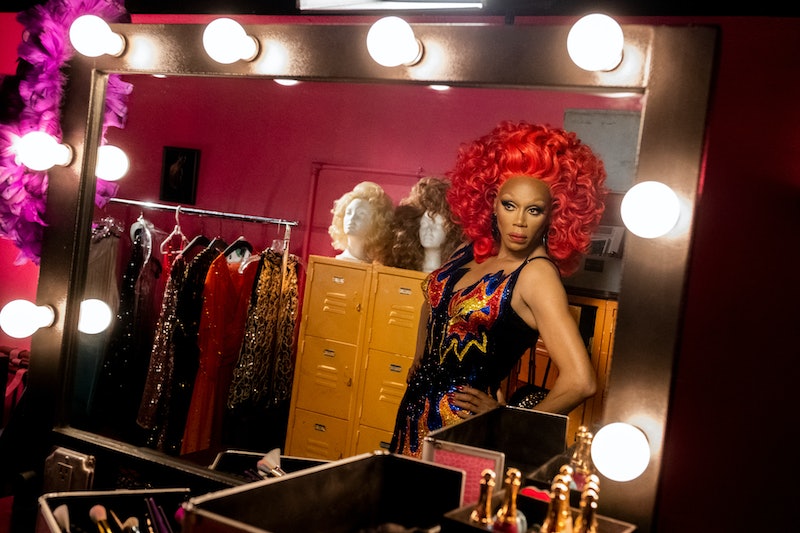 Netflix has had a lot of success with royalty. From the critically acclaimed series The Crown to the Timothée Chalamet-starring film The King to the holiday sensation A Christmas Prince, the streaming service loves its monarchy-related content. But with the new shows and movies on Netflix this week, the site will begin experimenting with an entirely different type of queen — drag queens. The world's most famous drag queen, RuPaul, has a brand new scripted comedy series premiering this week on Netflix, and it's an absolute must-watch for fans of RuPaul's Drag Race.

AJ and the Queen chronicles the cross-country adventures of an over-the-hill drag queen named Ruby Red (RuPaul) and a 10-year-old stowaway named AJ (Izzy G.), who becomes the queen's de facto charge. RuPaul was also involved behind the camera, and is credited as a co-creator and co-writer with Michael Patrick King. King is an accomplished TV writer and director who is known for penning 31 episodes of Sex & the City, as well as writing and directing both Sex & the City films. AJ and the Queen also features loads of guest stars from Drag Race, naturally.

If you think the idea of watching RuPaul play anyone other than, well, RuPaul is just too weird, don't worry. In addition to AJ and the Queen, Netflix has a handful of other offerings hitting the site this week, from original series to documentaries to one classic film. Check out the full list below.