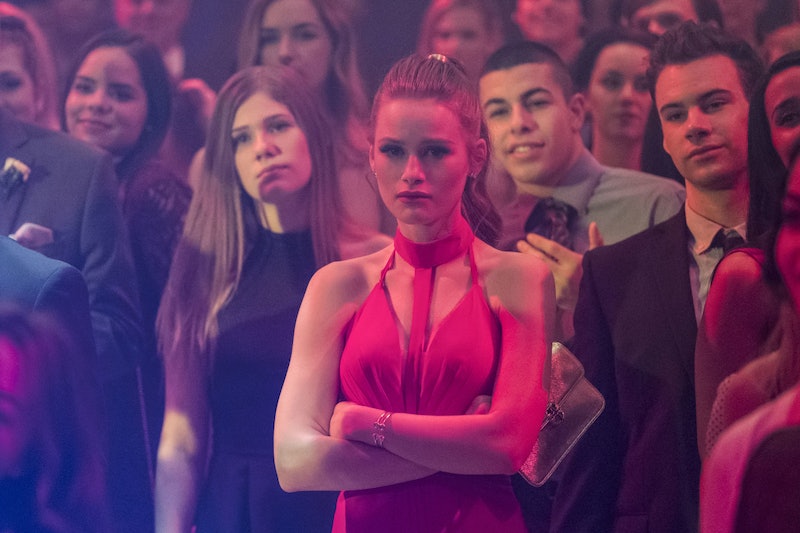 The Riverdale finale is upon us, and however it ends, it's sure to bring some twists and turns along the way. Some foreshadowing is pointing to a tragic outcome for another student of Riverdale High. Will Cheryl die on Riverdale? One big mystery is solved, but the town's many family feuds are far from over.

On one hand, since Jason's killer is now dead it seems that Cheryl is in the clear. Polly might also be safe. Plus, now that the secret is out about the Blossom family business, there's no need to silence the heiress. I also feel pretty confident that Cheryl's mother, while cruel and just as melodramatic as the rest of her family, had nothing to do with her son's murder.

However, we still don't know the extent of Hiram Lodge's involvement in all of this, and he doesn't seem like the best dude. This conspiracy doesn't end with the maple syrup empire and a couple of Southside Serpents.

Plus, according to the official CW press release for the episode "The Sweet Hereafter," the trouble has really just begun. "The truth about Blossom's family business is revealed," it teases, "leaving Cheryl to take matters into her own hands." That sort of thing almost never ends well.

Remember, Cliff may be gone, but there are still so many unanswered questions about both his and Jason's death. What if the suicide was staged? Cliff does wear red wigs, and while the footage of him killing Jason did show his face, that does seem like a detail that could come back into play later. Maybe a third party is really after the Blossom family, and is coming for Cheryl next. It was presumably Jason's "meddling," as kids are so wont to do, that got him killed in the first place. I bet Jason thought he was taking things into his own hands too.

That said, I can't imagine a Season 2 without Cheryl's signature sass and iconic look. So, unless this truly is leading to a Riverdale zombie apocalypse, I wouldn't bet on a second Blossom twin murder. Still, there's a lot of mysteries out there in Riverdale, and I wouldn't be surprised if someone else met their end. It might not be Cheryl, but don't get too cozy.