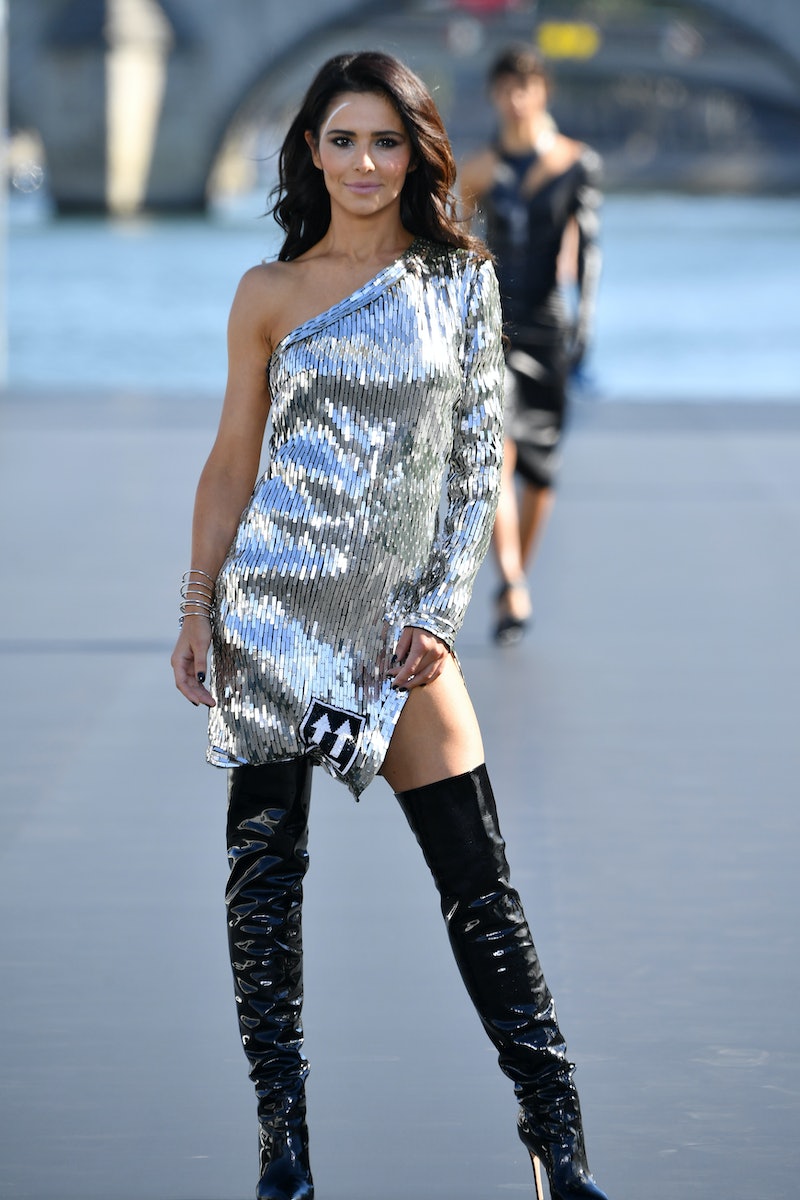 After the release of brand new single "Love Made Me Do It" Cheryl has cemented her 2018 comeback to music. The singer dropped her latest song last week, and will be performing the track later this month in what will be her first live performance in four years. But will Cheryl tour the UK in 2019?

As it stands, the former-X Factor judge hasn't announced any plans for a tour, however Bustle have reached out to the singer's representatives and will update with any information once it becomes available. If you can't wait to see Cheryl perform live, however, you can do so at Hits Radio Live 2018 on Sunday 25 November at Manchester Arena. The 35-year-old is featured on a line-up which includes the likes of Little Mix, Ellie Goulding, Craig David, and X Factor 2017 winners, Rak-Su. As previously reported, this will be the first Cheryl performance since the Girls Aloud star performed her hit "Crazy Stupid Love" on Britain's Got Talent back in 2014.

Cheryl is also expected to make a spectacular return to the X Factor stage in support of her new single, and very soon. According to the Express, one source claimed that Cheryl "will be pulling out all of the stops to make sure that this is one of her most talked-about performances to date," and continued "Cheryl has the 18th November pencilled in. Obviously, schedules can change but right now, everything is set for that date."

The new single appears to be making waves already, and it was recently announced that "Love Made Me Do It" had debuted at number one on the official trending chart. The song is also Cheryl's first to be released through new record label, 3 Beat, and will be the first time the "Fight For This Love" performer has released music during the streaming era. The singer's previous record "Only Human" was released just four months prior to streaming numbers being counted within the charts, according to the Official Charts. Whilst speaking to Music Week, Jon Barlow, founder of 3 Beat, hinted that fans can look forward to two additional new Cheryl singles in early 2019. He said: "What we want to do with Cheryl is to put out a succession of incredible records and put an album out at the end of that process."

In addition to releasing new material, the singer has also recently opened up about motherhood for the first time. In an interview with The Sunday Times Style the singer discussed the effects of so-called mummy shaming. She said: "I haven't experienced it, because I haven't done an interview (since Bear was born), so I have no idea. But I read about other people being mum-shamed and I think, get a life, deal with your own kids, why are you interfering in everyone else's?"

Although Cheryl hasn't yet specified what new single "Love Made Me Do It" is about, there has been speculation which suggests that the song is in reference to her past relationships. Either way, the track sounds like a hit to me, and I wish Cheryl all the luck in the world with this latest music venture.