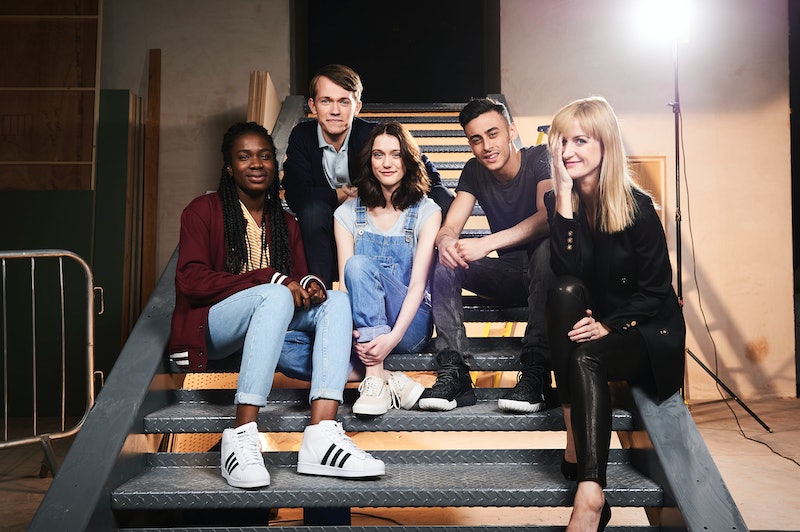 Doctor Who spinoff Class is one of several attempts to capitalize on the popularity of the famous and long-running British time travel series. And now that the series' first season is coming to an end, what's left to be determined is whether Class will return for Season 2. As of right now, the future of the high school-set show is up in the air.

Unfortunately, according to TV Series Finale, the series' ratings were a disappointment. In fact, Class' Season 1 ratings averaged only 0.3 million total viewers per episode. The show aired in the UK before premiering on BBCAmerica, and in neither market has had the same impact as its sister show. But the show hasn't been officially cancelled either.

Now, if you ask Steven Moffat, who is currently the showrunner of Doctor Who, the situation is a lot less clear cut. In late April, Moffat promised to Digital Spy that hope for Class Season 2 wasn't dead yet, suggesting that he still sees a path forward for the spinoff series. "We don't know about that right now, [but] we would love to get more Class made," Moffat says. "We're in a different world now of how television works [...] Wait and see what's going to happen." Class creator Steven Ness also isn't giving up on the show. He told Inverse, "There has been no decision made on Season 2, despite tabloid reports to the contrary."

Unfortunately, whether or nor its connection can rescue Class, it seems that the show — about a group of high school students, plus an alien prince and his bodyguard battling aliens on Earth — hasn't been able to establish the same nerd cred as Who. While Class may not have found a huge audience, being a science fiction fan has possibly never been better. When Doctor Who premiered in the '60s, it was a low-budget series that rested on charm and imagination, and the genre was considered to be fairly low-brow.

Now, there are several sleekly produced sci-fi series that are considered members of the Peak TV club.

The Expanse is slightly less fantastical than Doctor Who and Class, creating a universe where interplanetary colonization seems plausible.

Vampires can be a part of the science fiction genre, especially when they're plotting to destroy the world with a zombie infection.

Heavy on the "sci," and lighter on the "fi," this reboot of the educational '90s series will inform you (or remind you) of some real scientific concepts. Nye hosts, of course, and solicits the help of some famous guest stars, like Rachel Bloom and Karlie Kloss. The world hasn't been saved yet. But if there's anything that can do it, it's probably the combined power of science and nostalgia.

This series isn't your typical comic book adaptation. By the end of the first season, yes, a group of heroes have come together to face a villainous rival. But Legion also drastically pushes the boundaries of what superhero fiction can be.

Influenced by the legacy of anthologies like The Twilight Zone, this set of vignettes uses technology as a jumping off point for a series of ironic tales.

On Netflix, this British show has a bleak view of technology and a dry sense of humor that suggests machines have already taken over modern society.

This dystopian near-future imagines the US regressing so dramatically that it adopts an incredibly sexist, oppressive theocracy designed around forcing women to pursue reproduction at all costs.

You may be tempted to categorize this series as a mystery — but, especially with its dimension-hopping protagonist, it's really more influenced by science fiction, especially in the ways it examines humanity's inherent good and evil. That's a theme that's always been at the heart of the genre.

Class may be out for now, but in general, science fiction is going strong on TV.