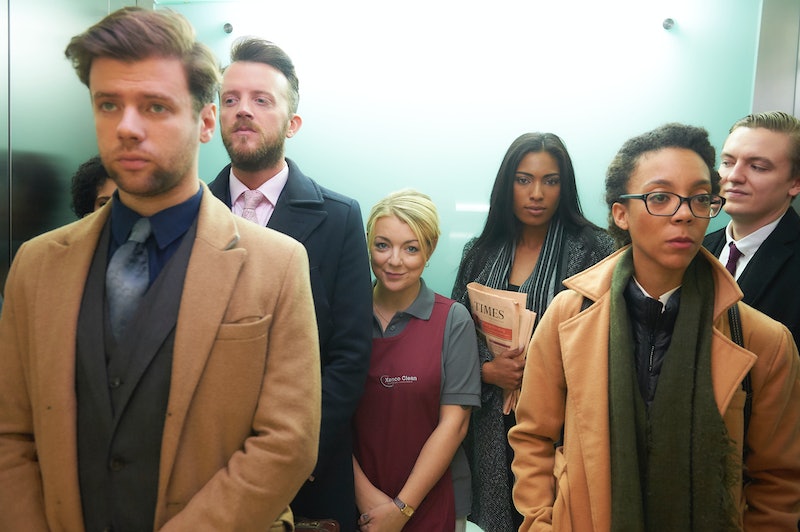 Cleaning Up is the perfect lesson in never underestimating anyone, cause y'all those finance fools really messed up thinking those cleaners weren't smart. And I don't know about you, but I would love to see more from those seriously devious women. But will Cleaning Up return for season 2?

So TBH, it hasn't been confirmed yet but it looks like there isn't going to be a second instalment of your favourite white collar crime duo. I know right, boo hiss. I have contacted ITV to find out more and will keep you updated if I hear anything back. It's not often you see a story about female financial fraudsters now is it? And let's be real any chance to see home grown talent like Jade Anouka and Sheridan Smith is an absolute flipping joy.

The show has been a massive hit and like I said been a complete 180 on the traditional vision of illegal goings on in corporate and financial environments. This one is not just a man's world — nor a world belonging just to those at the top.

Smith plays Sam who, along with her friend and colleague Jess (Anouka), enters the murky world of finance in a totally unexpected way. The pair are busy at work in Gotham City, I mean Canary Wharf (if you have seen it/been there you will get that joke) when they find themselves in a prickly situation. When temptation is lying in front of them, they flipping go for it. And what is the temptation? Why insider trading y'all.

While working over night at a stock broking firm, they begin to sneak information in order to basically beat the big boys at their own game. This proves to be super lucrative and just what the women need, considering that they are both struggling financially. Sam has emptied her bank account with an online gambling addiction, causing huge strain on her family, and Jess is also finding it difficult to make ends meet.

Speaking to The Radio Times, Smith explained how human and loveable her character is, despite the illegality of the situation. "She's someone you immediately fall in love with: massively flawed, but you're on her side. Morally there's a lot she does wrong, but it's for her family – she doesn't want to lose her girls and her house. She’s got a gambling head on her, so might get that big win. And there are these big rich companies cheating – why should they get away with it, and not some poor cleaner?" she told the publication.

All well and good right, stealing from the rich to give to the poor? Robin Hood vibes and all that? Well y'all, turns out that it's really not that simple, because it is a super illegal practice. And watching the rise and fall of the central characters is just about as harrowing and full-on as you might expect.

With the final episode airing Wednesday, Feb. 13 and no second season announced, it looks like that's that for now unfortunately. However, you can relive the show's magic over on ITV Player.