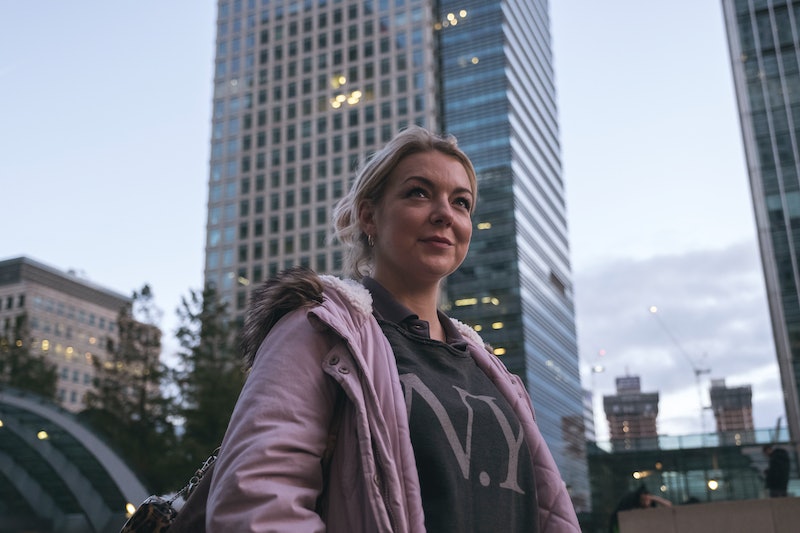 The captivating ITV drama Cleaning Up follows the story of a divorced mother-of-two who ends up getting involved in illegal insider trading after struggling with both massive debt and a gambling addiction. The series stars Sheridan Smith as lead character Sam, and is set in the heart of London’s financial centre, Canary Wharf. But where is Cleaning Up filmed?

According to the Express, the ITV series was actually filmed on location in the UK capital throughout much of 2017 and 2018. The office scenes, where a lot of the action takes place, were shot on the floors of a privately owned building in Canary Wharf. The majority of the filming was conducted on the 33rd floor of the building, which overlooked the Isle of Dogs. Executive producer of the series, Jane Featherstone, previously discussed what filming in London added to the show overall. She said "The views were extraordinary. London is a city of two halves, more than ever now. So many people who have ordinary normal jobs are being pushed further and further out of the city." Actress Jade Anouka, who plays Sheridan's best friend Jess in Cleaning Up also appreciated working in such a visually impressive environment. She revealed "We could look around 360 degrees through floor to ceiling windows. It was the most incredible view."

The series follows the story of Sam (Sheridan Smith), who works alongside best friend Jess (Jade Anouka), as a night cleaner at one of London's largest banking firms. After stumbling across top secret stock market information, and the illegal business of insider trading, the pair realise that they could potentially earn themselves a lot of money. In addition to Canary Wharf, many other scenes in the drama are based in the suburbs of East London, where lead character Sam resides with her her two daughters, Alice and Lily, who are played by Kristy Phillips and Anya McKenna Bruce, respectively.

Smith noted how the locations used within Cleaning Up accurately display the real-life wealth gap seen across modern London today. According to the Express, the 37 year-old actress said "The locations they found were unbelievable. Sam lives in a rented house overlooking Canary Wharf. It’s just the most amazing location. To see so much money and then poverty, right next door to each other," and added "It’s very much like the that in London with lots of working-class areas in and amongst affluent areas, almost back to back. This drama depicts that and shows the two different worlds. It was also fascinating filming high up in the Canary Wharf towers."

Smith's favourite on-set location was on The Docklands Light Railway (DLR), and previously discussed the experience of filming alongside real passengers during filming. She said "Probably my favourite day’s filming was when we were filming on the DLR. We filmed scenes of Sam going to and from work on the DLR. But, of course, you can’t shut that down just for filming. We had to shoot the scene with lots of real passengers using the trains. We used a minimum crew but there’s still quite a lot of us. It was like a school trip."

Cleaning Up airs on Wednesdays at 9 p.m. on ITV1.