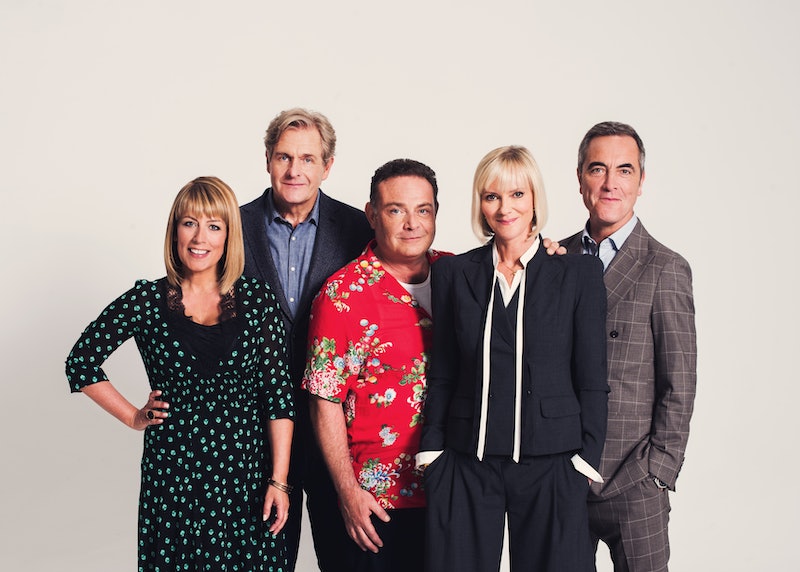 Nostalgia is a powerful thing, especially when it comes to my relationship with Cold Feet. I've gotten so used to sitting down with a cuppa to laugh and cry with the gang each Monday night for the past five weeks that I don't know what I'm going to do when the show ends. With the final episode premiering tonight (Feb. 18) there's one thing I need to know: Will Cold Feet return for series 9?

It looks like the return of this ITV staple is possible, as a representative for the show tells me that while they don't know if there will be a ninth series just yet, they'll let me know if they hear anything. With that dose of optimism, I dug a little deeper to see if there are any other clues floating around the net to ease my worries that tonight will see the end of Cold Feet.

Thankfully, it seems as though I'm not the only one itching to know whether the gang will return in 2020, as actor Robert Bathurst (David Marsden) mentioned the future of the series in an ITV press release. "Life moves on and so does Cold Feed. You never know if there will be more or if this will be the end," Marsden said. "We're reconciled to that after every series. You always have to see what the viewing figures are like. But like life, Cold Feet endlessly throws up new challenges. So there is plenty for Mike Bullen to write about."

While Faye Ripley (Jenny Gifford) didn't give any hints as to whether or not the series will be returning, she did mention how she felt as though this series had gone back to the original's roots. "When I knew what we were going to tackle this time and when we all started work on it, this series is the first one, in terms of Cold Feet coming back, that in a way felt like the original series," she explained. "It felt believable to all of us. Like we were getting back to form."

And what's better than to let that form continue? It's such a blast to see how Bullen can still create captivating narratives for these characters years later from the original series, and personally I think he still has a lot of stories to tell. Although, there will have to be a point where Cold Feet does indeed end, and Bullen is fully aware of this.

"We stopped when it was popular and we didn't want the show to go in decline," he told entertainment site The Digital Fix, referring to the the original run of the series. "I'm wondering if we should call stop now, because I'm not sure we can improve on this series."

There's that, and there's the fact that Cold Feet isn't the only project on Bullen's radar. "I'm beginning to look beyond Cold Feet, which can be all consuming," he added. "This series is coming out in January, so I've had three, four extra months to think what I should do. I'm finally beginning of thinking of moving on."

Oh no, that doesn't sound too positive. But I'm keeping my fingers crossed anyway. You'll just have to wait and see what the finale of this series holds. If it's close-ended, then it might just signal the end of Cold Feet... here's hoping it doesn't.