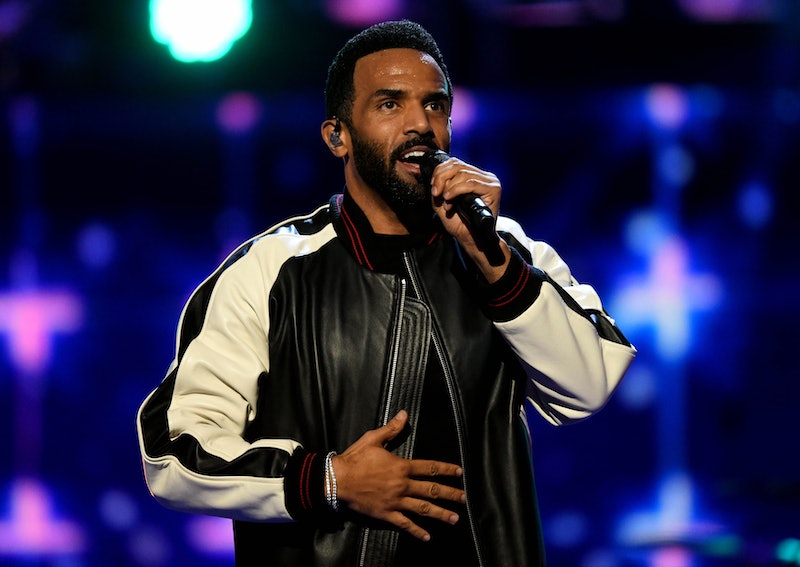 The resurgence of Craig David over the past year has been welcomed with open arms by long-time fans of the British singer. In 2018 David burst back into the music scene with the release of his album The Time Is Now, which just last year earned him a top five single. The hitmaker also recently received a BRIT Award nomination at the 2019 ceremony, but will Craig David tour the UK in 2019?

Well if you were hoping to witness the garage icon perform live this year, you're in luck, because Craig David has announced UK shows for 2019. As reported by List, the latest tour will be the 37-year-old's largest since the '00s peak of his career, and those in attendance can look forward to hearing music from his new album, as well as classic hits such as "Walking Away" and "7 Days." The first show of David's UK leg kicks off on Friday April 26 at the O2 Academy in Glasgow, from there the show will head to locations all across the country including Cheltenham, Dundee, Peterborough, Lincolnshire, and London. Tickets and information about the upcoming shows are currently available on Ticketmaster.

As previously reported, the "Rise & Fall" singer recently made quite the comeback after an extended hiatus from the industry. According to List, the singer's most recent album The Time Is Now was released early last year, and featured singles such as "Heartline" and "I Know You" featuring Bastille. Other collaborations on the record, which peaked at number two on the UK album charts, include JP Cooper, AJ Tracey, and Kaytranada.

As well as his recent chart success, David also landed himself a nomination in the Best Male Solo Artist category at the 2019 Brit Awards. As reported by The Sun, this is the singer's tenth BRITs nomination overall, and this year he faces stiff competition from fellow nominees Sam Smith, George Ezra, Giggs, and Aphex Twin. David was first recognised by the BRIT Awards way back in 2001, when he was nominated in an impressive six categories — including Best British Single, Best Male Solo Artist, and Breakthrough Act. However, that year it was Robbie Williams who stole the show, and the "Fill Me In" singer walked away empty handed. However, 18 years later David come be taking home his first ever Brits trophy. Will he manage to do it? You'll have to tune in and find out.

According to the BRIT Awards official website, one award which has already been handed out is the annual Critics' Choice. This year, the prestigious nod went to 22-year-old Sam Fender, who joins an impressive alumni that includes the likes of Adele, Sam Smith, and Rag'n'Bone Man.

When speaking about his victory, Fender said "I am truly humbled to win The Brits Critics’ Choice Award. Being nominated was crazy enough, never mind winning it. I’m so grateful to everyone back home for believing, and to my band and team for all their hard work."

An earlier version of this article misstated the number of BRIT Award nominations Craig David has received. It has been updated.