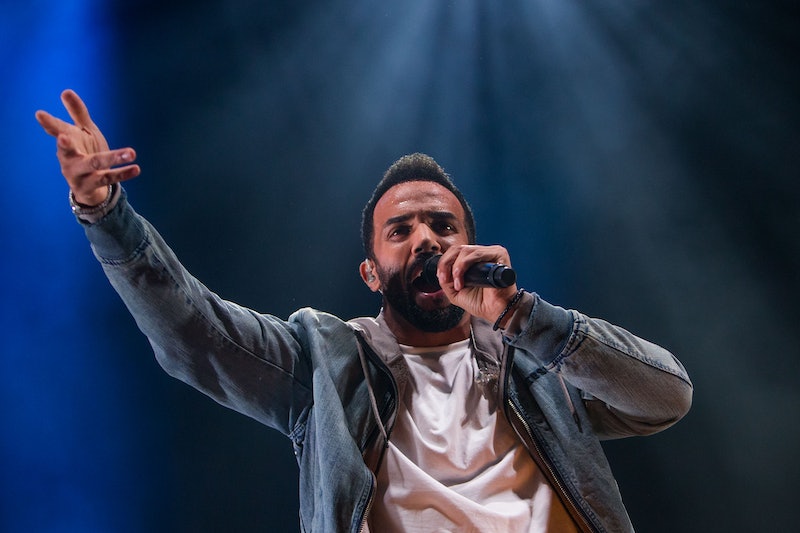 Craig David has been a UK R&B staple ever since bursting onto the music scene 20 years ago, and following the release of his seventh studio album The Time Is Now, which stormed straight into the UK album chart Top 10 back in 2018, it seems appetite for the "Walking Away" singer is still going strong. But will Craig David tour the UK in 2020?

Well, fans of the chart-topper have a lot to look forward to in the coming year, because as NME reports, Craig David will indeed be touring the UK in 2020. The Brit Award-winner will travel across the country with a celebratory UK arena tour, which marks the 20th anniversary of his smash-hit debut album, Born to Do It. The upcoming tour, titled Hold That Thought, will get underway on Monday, April 15 at the Motorpoint Arena in Cardiff, before continuing on to a string of other major UK cities, including Leeds, Manchester, Birmingham, Liverpool, and more. David's 2020 tour will eventually conclude in Glasgow's 02 Academy on Wednesday, April 29, and tickets are currently available to purchase via the singer's official website. However, if you're hoping to secure a seat, you might want to act fast, because further dates were recently added to the lineup of shows — signalling a high demand from fans.

As mentioned previously, the Hold That Thought tour will take place on the anniversary of David's groundbreaking album Born to Do It, which according to NME, was first released on August 14, 2000. The album turned out to be a huge commercial success, and still holds the title of being the fastest-selling debut album ever by a British male solo artist — and in addition to this impressive record, the release went on to spawn various hit singles, including "Fill Me In," "7 Days," "Rendezvous," and more. Speaking of the upcoming shows, David revealed that fans can look forward to some "special surprises," and added, "I can’t wait to bring my live band and TS5 shows together for this special 2020 arena tour."

So, what promises to be an epic live celebration will hopefully set the tone for yet another brilliant year for British music, and I can't wait to get my hands on some tickets.