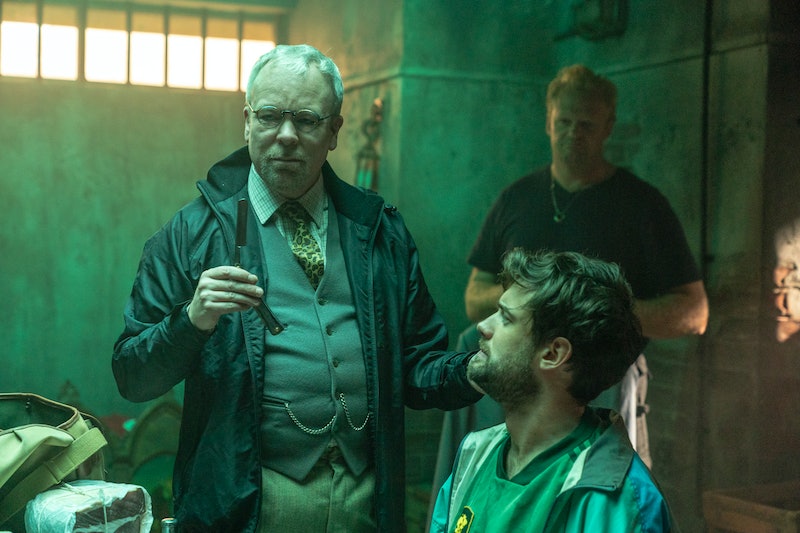 The Sky One series Bounty Hunters tells the story of the ever so middle-class Barnaby Walker, who, after uncovering his father’s less-than ethical antique dealings, winds up getting involved in the criminal underworld. The series is co-written by actor and comedian Jack Whitehall, and the second series is now available to watch and stream on Sky. But will Bounty Hunters return for series 3?

There is yet to be an announcement in regards to a third series of Bounty Hunters. I have reached out to Sky for comment, and once any new information becomes available I'll update you right away. The series first premiered back in 2017, and according to Digital Spy, the show was a surprise hit with viewers — and became the channel's biggest sitcom launch in six years.

Bounty Hunters follows Barnaby Walker (Jack Whitehall) after he becomes embroiled a world of crime when his father's illegal antique deals catch up with him. But help arrived after the Brooklyn-based bounty hunter, Nina Morales (Rosie Perez), came onto the scene. The second season of the Sky comedy-drama further documents the unlikely pair's shenanigans, and in addition to Whitehall and Perez, Bounty Hunters currently stars Wolf Hall actor Charity Wakefield as Leah Walker, Merlin star Bradley James as Webb Sherman, and Benidorm actor Steve Pemberton. As reported by Bustle, Pemberton was a new addition to the cast in 2019, and the 51 year-old portrays the character of Colin McQueen — a villainous history teacher which some very specific tastes in art.

As Sky reports, the new series was filmed across the UK and Spain, and when speaking about joining the cast of Bounty Hunters, Pemberton said, "It was a thrill to be asked by Jack and Freddy to play a sinister private-school teacher with an unhealthy interest in Nazi memorabilia — frankly they had me at 'sinister' — and it proved a peach of a role which I devoured (apart from the stone, that would be unhealthy)."

According to the British Comedy Guide, the fifth and final episode of Bounty Hunters season two will air on Wednesday, April 3 at 10 p.m. on Sky One, and a synopsis of the series finale reads, "When McQueen discovers the painting he has been given is fake, a gun fight ensues at Barnaby and Nina's wedding, arranged to allow a safe place for the hostage/painting exchange. As the dust settles, Barnaby realises what true friendship really is and Nina claims her bounty from the Sherman Twins."

The Sky original series is a collaborative TV project between Whitehall and writer Freddy Syborn, reports Digital Spy. The pair have previously worked on the hit BBC sitcom Bad Education, as well as the show's big screen spin-off, The Bad Education Movie back in 2015. In addition to Bounty Hunters, Whitehall and Syborn have also worked together on the Sky one-off special Urban Myths: When Bowie Met Bolan, and according to NME, Whitehall portrayed the T Rex rocker, Marc Bolan.

Bounty Hunters currently airs on Wednesdays at 10 p.m. on Sky One.