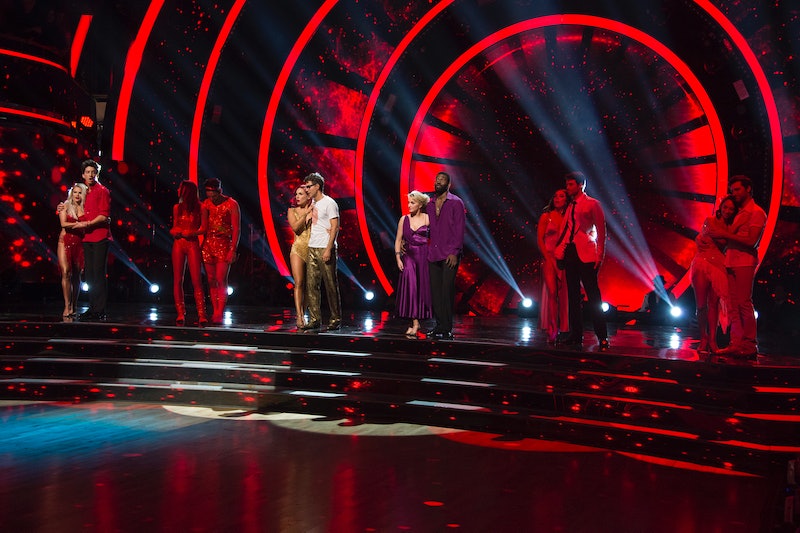 ABC's Dancing With The Stars is, by now, a competitive TV staple. With over 400 episodes, you could say it's made its mark on the entertainment world, and people continue to love it today just as much as they did when the series premiered way back in 2005. As Season 27 wraps up with its Monday night finale featuring the four remaining couples — Alexis Ren and Alan Bersten, Evanna Lynch and Keo Motsepe, Milo Manheim and Witney Carson, and Bobby Bones and Sharna Burgess — fans are prepping their rosters wondering if DWTS will return for Season 28.

The show traditionally airs in spring and fall cycles, the spring season airing in late March or early April, and the fall airing in September. So, if there's going to be a Season 28, it will likely be announced soon, because casting and preparation would have to begin long before its spring premiere.

It doesn't seem like the DWTS franchise in and of itself is going anywhere any time soon, though. Frankly, it seems to be thriving in its own right. Having just released a new spinoff series, Dancing With The Stars: Juniors featuring some (very adorable) celebrity kids dancing for the crown, its parent show with grownup stars likely still has a long life ahead of it.

In May of last year, ABC picked the show up for Seasons 25 and 26 at the same time, according to Deadline. Then in March of this year, the network renewed the show for Season 27, per TVLine. It's not an exact science, but that makes it seem possible that the network could even decide to renew the series for more than one season at once, depending on the viewership it attracted during its most recent season. And considering it featured (up until last week) The Bachelorette's Grocery Store Joe, which drew in fans who watched just for him, the show surely has an influx of new viewers. So, things look promising.

DWTS has seen a diverse variety of celebrity contestants, judges, and hosts in its 13 years on air. And many celebs who are given the opportunity to take the stage consider it a high honor to have a shot at claiming the iconic mirror ball trophy. Not to mention that the show has fostered a family for its alumni — many of whom return to the franchise as hosts, judges, and more. DWTSJ alone features Frankie Munez, who took third place on Season 25, and Jordan Fisher, who won the same season. It also features everyone's favorite Olympic figure skater and the most recent DWTS crowned champion, Adam Rippon.

Rippon's season was a special one that featured all professional athletes, from Olympic athletes to veterans of the NFL, and it's likely that DWTS could roll out more specialized seasons in the future. According to TV Guide, ABC Entertainment president Channing Dungey told reporters in May that she would love to bring DWTS: Athletes back for another season. It seems like a surprise is in store with every new installment, so the opportunities are endless, really.