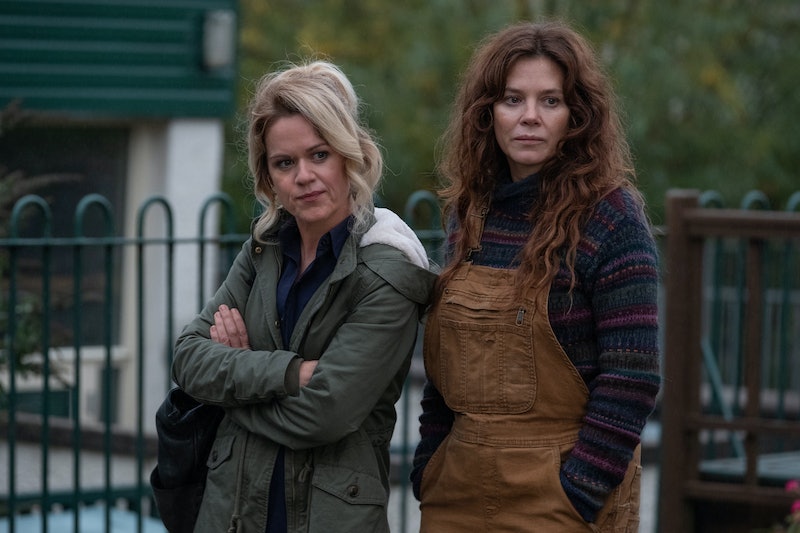 ITV's Deep Water has kept viewers hooked ever since its debut back in August, and as the conclusion of this gripping series fast approaches, fans will begin ponder what the future holds for the TV drama. Well, Deep Water is based on Paula Daley's critically-acclaimed novel series, meaning the potential for another season is strong. But will Deep Water return for series 2? Here's everything fans of the adaptation need to know.

As reported by The Sun, the first series of Deep Water is currently airing on ITV, and a second season is yet to be announced by the broadcaster. I have reached out to ITV for comment, and will update with any new information as soon as it becomes available. The sixth and final episode of Deep Water series one is scheduled to air on Wednesday, September 18 at 9 p.m. on ITV1, and viewers can catch up with all previous episodes on the ITV Hub. So as we wait for news of season 2, you'll have plenty of Deep Water drama to enjoy in the meantime.

According to the Radio Times, the cast of the ITV series includes the likes of Emmy Award-winner Anna Friel, Sinead Keenan, and Rosalind Eleazar — and set against the stunning backdrop of the Lake District, Deep Water follows the stories of three women, each of whom are struggling to keep their families intact.

According to iNews, the six-part series "follows the lives of three complex and vibrant women, each struggling to keep their heads above very deep water" as they "face tough choices with difficult, and often messy repercussions." The show's official synopsis goes on to say, "Like all of us, they seek to do their best for their families," and concludes, "The women are connected by the school gates, each with children around the same age."

The first season of Deep Water has received a mixed bag of critic reactions, and currently holds a fairly respectable 57 percent approval rating on Rotten Tomatoes. One favourable review from the Evening Standard described Deep Water as "the perfect end-of-summer filler," and praised the show's "intriguing scenarios" — and if viewer reactions on social media are anything to go by, a second series of Deep Water is certainly in high demand.

So, Deep Water viewers are definitely rooting for a second outing, but if the ITV series does make a grand return, what can fans expect? Well, as previously mentioned, the show is adapted from Paula Daley's critically-acclaimed novel series — and according to the Radio Times, this means a potential series 2 could delve further into the backstory of policewoman Joanne Aspinall (Faye Marsay). However, because a second series is yet to be conformed, this is merely speculation based on the original novels, and we'll just have to wait and see what lies in store.

The first series of Deep Water wraps up on Wednesday, September 18 at 9 p.m. on ITV1, and no matter what goes down in the season finale, I really hope this fantastic drama is awarded a second run. Fingers crossed.

More like this
'Boiling Point's TV Sequel Is Set To Deliver A “Rollercoaster Of Emotions”
By Catharina Cheung and Sophie McEvoy
'Happy Valley' Recreated This Moment From S1 In Its Penultimate Episode
By Sophie McEvoy
Helena Bonham Carter Doesn't Think 'The Crown' “Should Carry On"
By Sam Ramsden
'The Last Of Us' Has Officially Been Renewed For Season 2
By Darshita Goyal
Get The Very Best Of Bustle/UK
Sign up for Bustle UK's twice-weekly newsletter, featuring the latest must-watch TV, moving personal stories, and expert advice on the hottest viral buys.