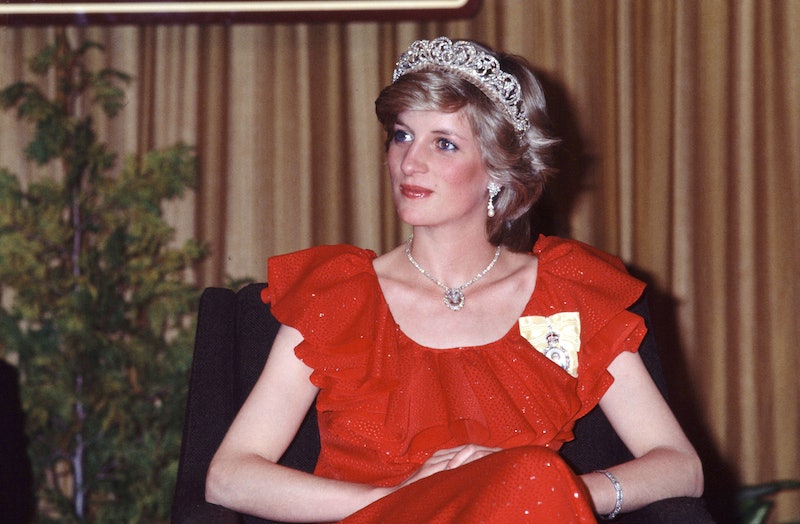 Following the success of its premiere earlier this year at the La Jolla Playhouse in San Diego, Diana the musical will be making its debut on Broadway in 2020, the Los Angeles Times reports. While an unlikely source for a musical, Princess Diana's marriage to Prince Charles adapted to stage was very well-received during its initial run, and is set to become one of Broadway's must-see shows. But with it being a British story at heart, will Diana the musical come to the UK?

As it's Broadway run has only just been announced, there doesn't seem to be any news regarding whether it will make its way to the West End. I've reached out to a rep for the musical to see if a UK debut could be in the cards, but have yet to hear back. I'll keep you posted if I receive a response.

Starring Jeanna de Waal (Kinky Boots, American Idiot) as Diana, the musical doesn't follow her life story. Instead, it focuses on Diana Spencer's relationship with Prince Charles (played by Roe Hartrampf), from when they first met to their separation. "To bring Diana to life onstage is obviously a huge privilege," de Waal said in an interview with La Jolla Playhouse when she was first cast. "I feel very daunted by the prospect, but I hope people who didn't know about her and weren't aware of her journey leave the theatre with an idea of what she did for the world."

"She made everyone feel special, from the highest person to the lowest-ranking person, and I think we want to celebrate her."

Christopher Ashely, director of the musical, already has high praise of the actor and has said that de Waal was a perfect fit. "For this iconic role, we were looking for someone who could portray Princess Diana's incredible warmth and poise, along with her deep inner resolve to forge her own identity in the highly controlled environment of the royal family," he said in a press statement via Vanity Fair.

"A rising star on Broadway, British actress Jeanna de Waal embodies all these traits and more, and we couldn't be more pleased to have her on board as we develop this extraordinary musical at the Playhouse."

Created by Joe DiPietro and David Bryan (who are also behind the Tony-award winning Memphis), the musical taps into the world's admiration of Princess Diana and her inspiring story.

"She has this aspirational aspect to her where she really wanted to do good," DiPietro said during an interview with London Theatre before the show went into production in 2017. "I thought it was a great idea for a musical, I asked around to see if anyone was going it — no one was — so David and I just jumped into it". Bryan added:

"We don't have royalty in the U.S., so for us it's just fairytale princesses and stuff like that. For us, it's really just about the human story. It just happens to be about royals. Everyone who saw the first reading of the show agreed that it was really a human story."

Diana ended its run at the La Jolla Playhouse in April and is set to begin previews on March 2 at the Longacre Theatre, according to Deadline. The show will then launch at the end of the month on March 31 and will see de Waal reprise her role alongside Hartrampf, with Erin Davie as Camilla Parker Bowles and Judy Kaye as Queen Elizabeth.