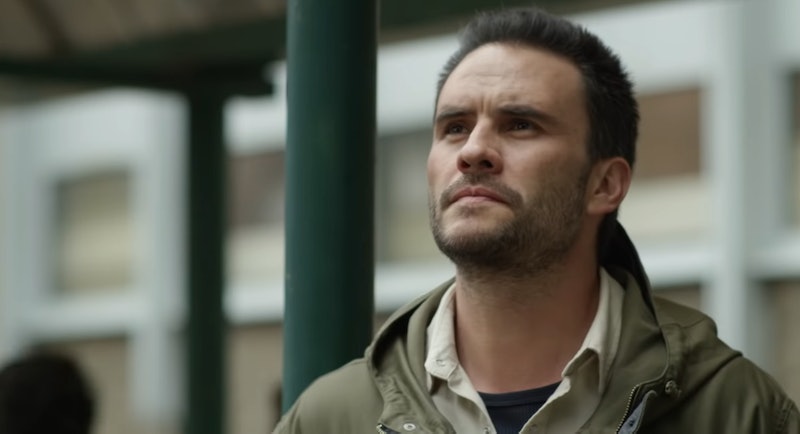 Move over, Narcos. There's a new Colombia-set series taking over Netflix. Former Narcos star Juan Pablo Raba has a new gig playing Jhon Jeiver, a leader of guerilla forces in Colombia, in the Netflix series, Distrito Salvaje. Season 1 premiered on Oct. 19, with a total run of 10 episodes, but if you've already marathoned each and every one, then it's time to ask: will Distrito Salvaje return for Season 2?

At the moment, Netflix hasn't issued an official confirmation for Distrito Salvaje Season 2. But that's not so unusual this early in the game. And since Netflix doesn't play by the same rules as traditional network shows, they could take their sweet time before releasing the news, if they decide to continue the show.

Distrito Salvaje comes from Dynamo Productions, the same production company behind Narcos Seasons 1 – 3, per Variety. Dynamo CEO, Andrés Calderón, told Variety that he was pleased at the elevated interest in international series, but seemed hesitant as to whether there was enough local talent to help keep the world's attention. "It’s certainly a good moment for us producers," he said, "as demand for premium content is high but are there enough local players and talent who can deliver this content?"

His question might have had something to do with the demanding schedule of Distrito Salvaje's star, Juan Pablo Raba, who already seems to have a lot on his plate. According to his IMDB page, he's already completed Imprisoned, an indie thriller with no set public release date yet. The official Imprisoned synopsis describes Raba's character, Dylan, as a former small-time criminal who has reformed his life with the help of his true love, Maria (played by Juana Acosta). But when a prison warden discovers that Dylan was responsible for the death of his wife, he'll stop at nothing to get his revenge.

Raba also has another indie film announced due out some time in 2019. According to the official film website, Vandal follows the story of a young graffiti artist from Miami. "Set against the back drop of the world famous Wynwood Arts District in Miami," the site reads, "the film explores the personal and societal struggles of an extremely talented underground graffiti writer living by a code that is no longer justifiable in the new world of globalized graffiti/street art."

Last but not least, Raba is scheduled to appear in the upcoming horror-comedy I Love Zombies. Per Variety, Raba will play a character called Lover, a zombie hunter "whose survival techniques go beyond pragmatism to assassination." I Love Zombies is only slated to start filming next year, so I wouldn't expect a release date on this one for a while yet.

So while Imprisoned has already been completed and thus won't be able to compete with Distrito Salvaje Season 2 schedule-wise, Juan Pablo Raba looks like he might be a tricky man to pin down in the future. But the good news for Distrito Salvaje fans is that, whether Season 2 happens or not, it looks like Raba's career is only just getting started.

More like this
Ava DuVernay Thought The 'Queen Sugar' Series Finale Felt “Really Satisfying”
By Brad Witter
Will 'The Walking Dead' Return For Season 12?
By Grace Wehniainen
Idris Elba "Breaks Out" Of London In 'Luther' Film First Look
By Sam Ramsden
Here’s Everything Coming To & Leaving Netflix In December
By Jake Viswanath
Get Even More From Bustle — Sign Up For The Newsletter