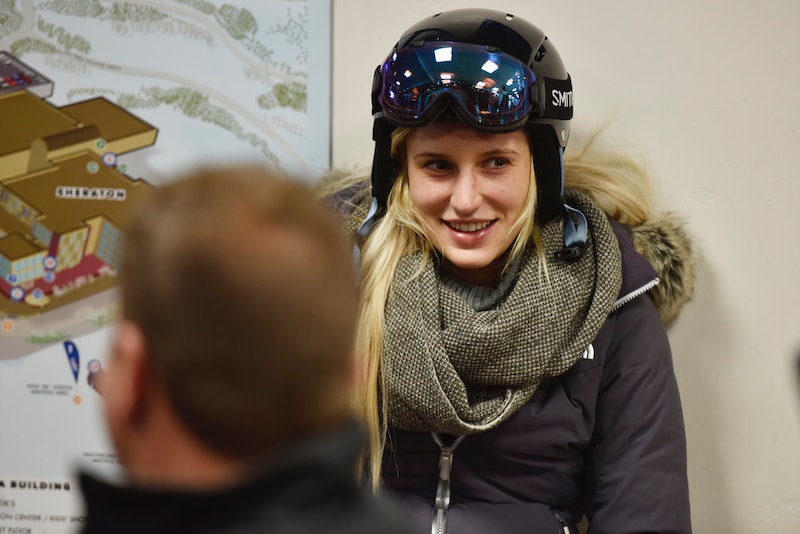 When the cast for the sixth season of Southern Charm was announced, a new face was in the mix. Eliza Limehouse was joining the show as a main cast member. But, after the first couple of episodes, it was clear that she wasn't going to be around all that much. Now, the season is over and the first part of the reunion has already aired with no appearance from Eliza. So, will Eliza be at the Southern Charm reunion at all?

Well, that's not so easy to answer. Eliza did film during the reunion, as shown in a couple of behind-the-scenes of the reunion segments Bravo posted online. In one, she explained how nervous she was about going out on stage. "I usually sleep like the dead and I did not sleep last night," Eliza said. "And I had food poisoning, which didn't help." She added, "I'm nervous. I'm a nervous being already, so I don't know what to expect. It's like ripping the bandaid off."

Eliza also did an interview with Decider earlier this month in which she spoke about the reunion after filming. It was clear that things didn't go smoothly.

After calling the reunion a "disaster" and talking about her food poisoning again, Eliza explained, "This is a hard month for me anyway, because this is the month of my horse dying, my parents' divorce, a lot of terrible things happened for me in this month, so it was already just a rough month. Andy [Cohen] was super nice, but I definitely think that there were too many emotions and I just… I don’t know if it went the way that I wanted it to. But I’m glad I went and experienced it and I know I’ll do better next time."

This, combined with a couple other clues raises the question of whether Eliza's segment was edited out of the reunion. Eliza is not shown in the preview for the second part of the reunion, even though Madison LeCroy, who is joining after being absent in the first part, is featured heavily. It would be strange to not show Eliza at all, if she's going to be on the show.

There's also the fact that the drama with Ashley Jacobs was talked about in part one of the reunion. The way Eliza was involved in the show this season primarily had to do with her connection to Ashley. On two separate occasions, Ashley showed up to events that Eliza was hosting as the 23-year-old was her only remaining connection to the group. Since we've already heard the cast discuss Ashley, there's not really anything left to hear from Eliza when it comes to this season's plot.

While Eliza attended the cast trip, hosted a couple parties, and had some mild drama with Kathryn Dennis early on, it would be a surprise if she returns to the show next season. She doesn't seem to have a strong enough connection to the group, and she didn't insert herself in the drama in a way that would have made such a connection possible or given her more of a storyline. She told Decider that she was glad she was asleep during the Madison, Shep Rose, and Danni Baird fight in Colorado, and that she walked the other way when Ashley appeared at Patricia Altschul's big party shown on the finale. Not everyone is made for reality TV, and especially if Eliza has been cut out of the reunion, it'll probably be a short-lived Southern Charm career for her. We'll find out soon.

More like this
The Love Island 2022 Reunion Drama, Explained
By Sophie McEvoy
Kim Kardashian’s “Gym Time” Video Features A Bikini & Thigh-High Boots
By Grace Wehniainen
Kathy Hilton Tried To Explain Why She Misidentified Lizzo As Precious On Live TV
By Jake Viswanath
Akshay Is Still Single After Reversing His Marriage Curse In 'Indian Matchmaking' Season 2
By Kadin Burnett
Get Even More From Bustle — Sign Up For The Newsletter