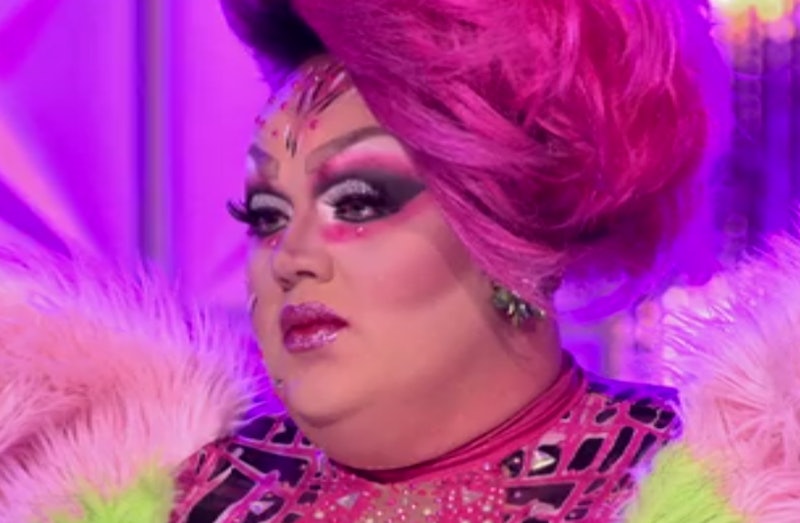 If you've just about picked your jaw up off the floor following Eureka O'Hara's surprise exit from RuPaul's Drag Race, then you're likely also concerned about whether Mama Ru will make good on her open invite for the queen to return. So, will Eureka be on Season 10 of RuPaul's Drag Race? The bold drag queen certainly looked devastated by Ru's surprise decision to send her home, on doctors orders, so that she could "heal" her torn ACL (an injury acquired during the cheerleading challenge of episode two). Which leads me to wonder whether Eureka's injuries will be healed up in time? And even if they are, will she even be wanting to return to the competition for a second opportunity at being the world's next drag superstar?

Following her shock departure from the show, the latest episode of UNTUCKED revealed that, despite being heartbroken, Eureka's ambition hadn't been diminished by the decision. She said,

"I just feel sad because I finally got the break that I worked so many years, so hard, gave up so much of my life, to get. And to be halted for something that I can’t control, it makes me bitter with destiny a little ... What can I do? Except move forward and be fabulous everywhere that I go."

That sounds positive so far. And from what the star has mentioned in several interviews since her departure from the competition, Eureka certainly sounds determined to take back control, in order to keep serving up fabulousness next season.

While discussing the emergency reconstruction surgery she had to have on her knee, Eureka confirmed that she would return for Season 10 in an interview with TVLine. She said,

"As long as I’m in physical health, my knee’s repaired and my doctor releases me, I’m definitely going back. I’m at the end of my medical care, and I’ll hopefully be completely released by the time we start filming. So it’s in God’s hands at this point, but if everything plays out in the right direction, I’ll definitely go back without confusion, complication, nothing."

And, my goodness, we'll all be welcoming her back with open arms. What was perhaps most disconcerting about Eureka's elimination was that it highlighted just how serious her injuries must have been. Which, despite seeing her on crutches, wasn't something that was readily apparent during the episode, as it didn't appear to be holding her back from competing in any way.

Despite likely being in a lot of pain and discomfort, Eureka remained a force to be reckoned with during Kardashian: The Musical (in which she portrayed a future North West with savvy finesse), and even on the catwalk when she incorporated her crutches into her look. So, suffice to say, as and when Eureka does return to Season 10 of RuPaul's Drag Race, the other queens better watch their backs. Because clearly Eureka's engine is revving, and her drive is already gearing her up for first position.