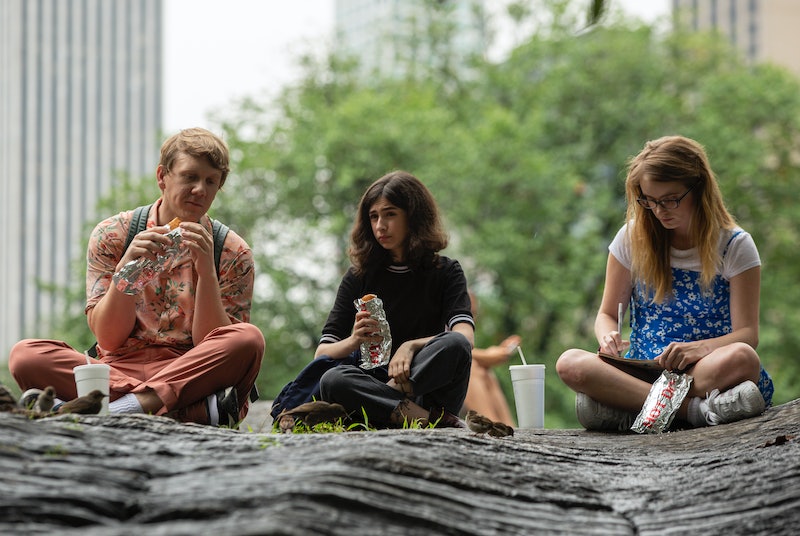 Update: Freeform has renewed Everything's Gonna Be Okay for Season 2.

Earlier: Freeform hasn't yet announced if Everything's Gonna Be Okay will return for Season 2, but creator Josh Thomas is already thinking about what's next for the show...sort of. "Don't tell [Freeform] I told you this, but actually I haven't worked it out yet [what a second season would look like]," he told the Advocate in February. Fortunately, it seems like Thomas is more prepared than he's letting on. The Season 1 finale will see Nicholas (Thomas), Matilda, and Genevieve — the two young half-sisters he's caring for — travel from their home in California to New York to to see if Matilda will be able to handle attending Juilliard by herself. And watching Matilda navigate the formative world of college from across the country would be quite a nice set-up for Season 2.

That being said, the fate of the show is ultimately up to Freeform. When Everything's Gonna Be Okay was announced in 2018, network president Tom Ascheim called Thomas "a master of creativity" who was "bringing unique stories about underrepresented topics to television." And Thomas' comedic approach to heavy themes of grief, adolescence, sexuality, and mental health has been well-received by critics and audiences alike. However, Everything's Gonna Be Okay's ratings make it the second least-watched show on Freeform, behind The Bold Type, and viewership is generally the bottom-line deciding factor when it comes to renewals.

Unfortunately, this uncertainty isn't new to Thomas: his first show, Please Like Me, weathered a rough road. As reported by the Los Angeles Times, the first season was initially supposed to be on the Australian Broadcasting Corporation, but was then controversially moved to the ABC's digital-only network, ABC2. While the show did well, Thomas told the LA Times that ABC2 didn't have the money to make a second season. So, the now-defunct American TV network, Pivot, made a deal to distribute Please Like Me in the U.S., which was credited with helping to save the show.

Please Like Me is currently available on Hulu, as is Everything's Gonna Be Okay, which might be helping the Freeform show to reach a larger audience. Still, Thomas has already been campaigning to help the series continue. "Watch it please!" he tweeted. "We like making it and want to make more of it."

Knowing the TV cycle, it could be quite some time until we find out if his strategy worked.

More like this
Here’s Why Danny Masterson’s Hyde Isn’t In 'That '90s Show'
By Brad Witter
Netflix Shut Down 'Bridgerton' S3 Rumours About A “Very Dark” Storyline
By Bustle
Shonda Rhimes Responded To The Surprise Exit Of A Day 1 'Grey's Anatomy' Figure
By Grace Wehniainen
'Succession' Season 4 Will Be An "Absolute Banger" According To Cousin Greg
By Bustle Staff
Get Even More From Bustle — Sign Up For The Newsletter
From hair trends to relationship advice, our daily newsletter has everything you need to sound like a person who’s on TikTok, even if you aren’t.