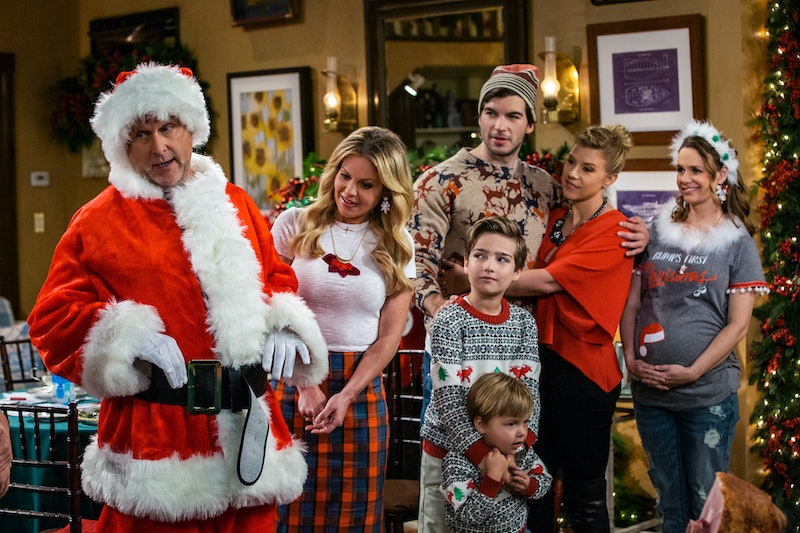 Oh my Santa! Fuller House is back for more Tannerito shenanigans on Dec. 14, but that's likely not all the Fuller House fun fans will be getting. Despite some rumors to the contrary, Candace Cameron Bure, who plays D.J. on the show seems convinced that Fuller House will return for Season 5. So, if you decide to speed through all the episodes in Season 4, take solace in knowing that more are probably on the way.

Update: On January 31, Netflix announced that Fuller House would return for a fifth and final season.

It wasn't always clear if Season 5 was a possibility, though. Recently TV Line said that it had reportedly learned Netflix was thinking about ending the series after the fourth season. The streaming site denied having made its mind up either way, telling TV Line, "No decision has been made about the future of Fuller House; we’re looking forward to the premiere of Season 4 later this year." But a few days later, Bure made Season 5 sound like a sure thing.

"I don't know why or how that rumor got started," she told E! News. "I think it was a slow news day and someone wanted to make more of it than it is." She added, "I have no doubt that we're going to be back for Season 5."

It's not just Bure's words that bode well for more episodes. The series has a fairly large following and just got nominated for its first Emmy, as E! News noted. It didn't win for Outstanding Children's Program, but it's a big deal just for it to be considered.

Plus, audience ratings of the show have stayed consistent. Seasons 1, 2, and 3 all have at least 70 percent audience scores on Rotten Tomatoes. For a streaming site, viewers are everything — and it seems that people are tuning in and enjoying what they're seeing. But while everything looks set for a renewal, there's still the question of when a fifth season would premiere. Looking back at other seasons, there is a sort of pattern that can help determine things.

Firstly, the Season 4 renewal announcement came one month after the second half of Season 3 hit Netflix. So look out for a possible Season 5 announcement in January.

As far as a potential premiere date, that's also possible to narrow down. Every season has premiered nine months to a year after its preceding season. The one exception came for Season 3, which was split in two parts. Part 2 aired three months after Part 1. The longest wait was between Seasons 3 and 4, where it was a full year. Using these guidelines, it's likely that viewers will get more Fuller House anywhere from September to December of 2019, if it is renewed after all.

It's too early to predict what such a season would include, but it's likely to bring more of the same Tanner shenanigans as the first four seasons. With Season 4 focusing in on Kimmy's surrogacy pregnancy for Stephanie, Season 5 would likely explore more about raising a new baby in this full house. Expect plenty of puns and cameos to go along with that. It may be sort of predictable humor, but it's always a fun time at the Tanner/Fuller house. So fans will be looking forward to hopefully getting to knock back on that famous San Francisco door in 2019 and see Season 5.