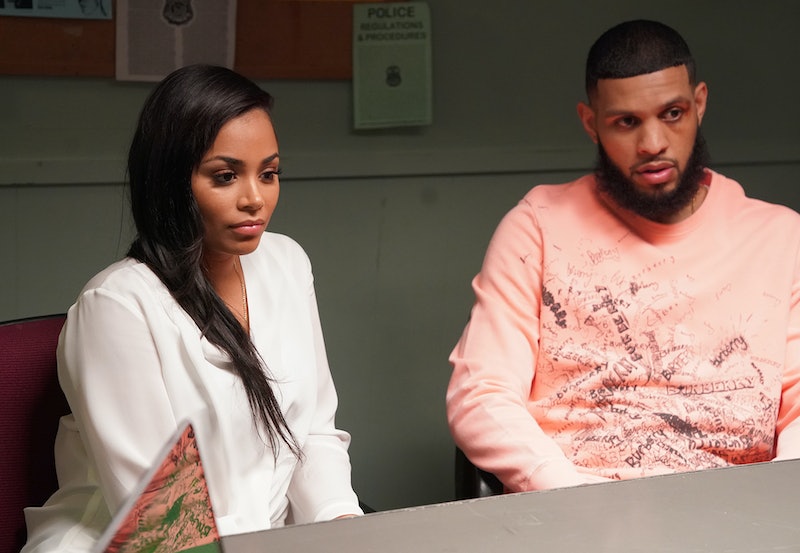 Oh, what a tangled web Games People Play has weaved with a plot about murder, affairs, friendship, lies, and betrayal in Los Angeles. The series has been heating up Tuesday nights and Season 1 is already coming to an end on June 25. But there will certainly be a ton of mystery and unfinished storylines left at the end of the finale. So, will Games People Play return for Season 2? There hasn’t been an official announcement from BET yet, but it’s likely that Vanessa, Nia, Laila, and Marques will be back for more endless drama.

So far, BET has renewed several freshman shows like Boomerang and American Soul, so it wouldn’t be surprising if the network gave Games People Play the green light too. The network has been trying to beef up its original programming and spent an ample amount of time promoting, live-tweeting, and providing content about the series so it’s clear they hope it will lock down a solid fanbase. Many viewers tuned in to support Lauren London, who has been a familiar face in Black movies and TV shows for years, or to see how the book Games Divas Play would translate to television. And, there’s still a lot of plot left from the source material to work with.

No one knows how the finale will wrap up just yet, but last week’s episode was packed with a lot of twists.

It was shocking to see Vanessa link up with her sworn enemy Laila and her bestie Nia to find out the truth behind Susie Q and Kalinda’s murders. Meanwhile, Nia is still trying to patch things up with her IT boo Eric but Terrence keeps show up at her front door looking like a whole meal. And, her previous work endeavors have come back to bite her bestie in the worst way.

The Real Housewives of LA continue to be shady, fake, and nosy as ever, but at least they are out of Vanessa's already complicated life. Kareem, a known participant in college scammery, tells Marques the truth about who kidnapped Laila and attacked Vanessa but there really isn’t any comeuppance for Jamal. Two deadpan LAPD detectives are starting to connect too many dots that point to Vanessa as a serious murder suspect. And now Vanessa is missing in action while some random guy wants to help Laila avoid the same fate as her homegirls. There’s seriously way too much going down right now.

There are so many hanging threads that are on viewers minds right now. Where is Vanessa? What happened to Bryce? Will Marques take the fall for his wife...or was he the murderer all along? What scheme will Jamal try next? Will Laila and Vanessa actually form a friendship from these unlikely circumstances? Who really killed Kalinda and what was their motive?

The finale will probably answer a few questions, but it would be too much to wrap everything up in less than an hour. So hopefully BET will make fans happy with a Games People Play Season 2 announcement soon.