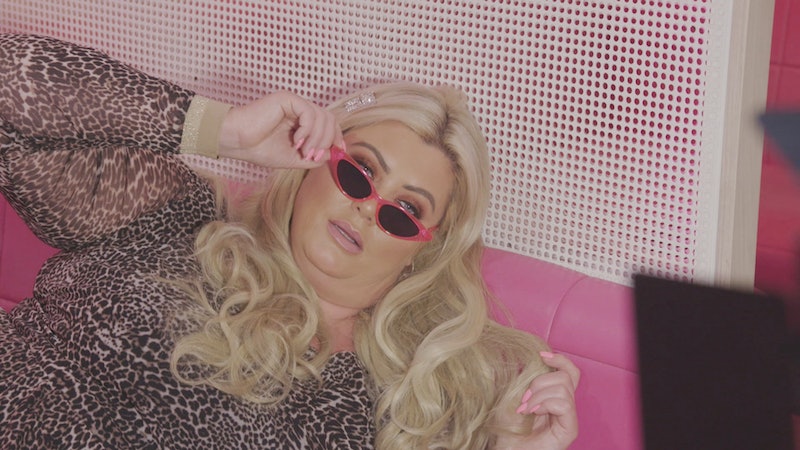 Following a string of successful reality TV show gigs, and a rebirth on social media as a certified meme queen, Gemma Collins has become something of a national treasure, and because of her every-growing celebrity status, the TOWIE star was recently handed her very own reality series. I am of course referring to ITVBe's Gemma Collins: Diva Forever, which documents the shenanigans of the 'GC' as she lives out her professional and personal life on-camera for our viewing pleasure. But will Gemma Collins: Diva Forever return for series 2?

As it stands, no official announcement has been made regarding a second series. However, I have reached out for comment on the matter, and will update with any new information the minute it becomes available.

For those not yet familiar with the ITVBe series, Gemma Collins: Diva Forever follows the reality star as she navigates through her increasingly hectic life, which according to the Radio Times, includes tending to business in the UK, trips to Marbella and the United States, and hanging out with celeb pals such as her Celebrity Big Brother co-star, Jonathan Cheban. As previously reported by Bustle, Gemma Collins: Diva Forever currently airs on Wednesdays at 9 p.m. on ITVBe, and you can catch-up with any missed episodes on the ITV Hub.

All aspects of Collins' life are displayed in the ITV series including her on-off relationship with fellow reality TV regular, James 'Arg' Argent. However, the current status of their relationship has been the subject of much speculation, and during an appearance on Good Morning Britain, Collins left many fans wondering about the status of reality TV couple's relationship. According to the Mirror, Collins appeared on the ITV morning show after filming for Diva Forever had already wrapped, and while being quizzed by the GMB hosts about where things currently stand with Arg, Collins replied, "you will have to watch the show to find out."

In addition to speculation surrounding her highly-documented love life, the 'GC' has also found herself at the centre of song-lyric row involving Taylor Swift (yes, seriously). As reported by Digital Spy, the U.S. singer's recently released track "London Boy" includes the typically-British term "babes" — a word commonly used by the TOWIE star. However, reports that Swift had been inspired by Collins on her brand new album Lover were sadly dashed, because the U.S. singer recently confirmed the lyric is in fact a shoutout to her British mates. Speaking on BBC Radio 1 about the fan speculation, Swift revealed, "it's just something that all my British friends say all the time. And they say it exactly like that, so forgive the impression."

According to the Metro, fans of the Diva Forever star were also disappointed to learn that Collins will not be appearing on the upcoming Celebrity X Factor, despite rumours suggesting she would be competing on the ITV show. Speaking about the rumours, Collins told New! Magazine, "they did ask me, but I’m not doing it. I’ve got so many other big TV projects in the pipeline. I’ll never forget where I started out but I’ve been offered some great work recently it’s exciting." So, fingers crossed we'll be seeing a lot more of our favourite diva in the coming months, and I cannot wait to see what she has lined up.