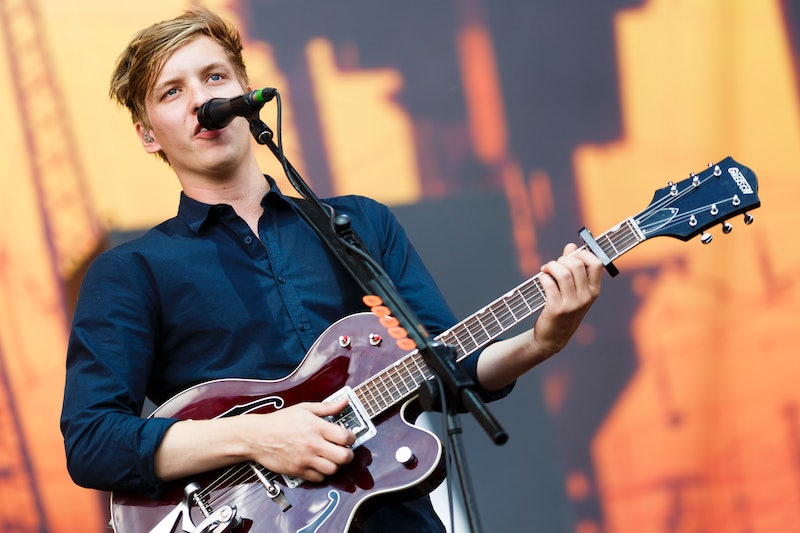 George Ezra's been a staple of the British music scene ever since you first heard him singing about Budapest on his breakthrough single. Since then, he's been smashing the charts and winning more and more hearts, and the proof's in the amount of love he's got from the BRIT Awards this year. Ezra's in the running for three awards at the 2019 Brits, and he's also set to take to the stage for what's sure to be a gorgeous performance. Still, all the hype has probably left you wondering — will George Ezra tour the UK in 2019? If you can't make the Brit Awards, it's likely you'll want to see him elsewhere.

You are very much in luck. On Aug. 13, 2018, Ezra announced on his official site "We're going on tour!" "And not just any tour," he hastened to add, but "the biggest run of dates that I will have ever played." Taking place in March, 2019, Ezra will be touring in support of his latest album Staying at Tamara's, starting with a date at Metro Radio Arena in Newcastle on March 7.

He'll be playing consecutive nights across the North of the country, following his Newcastle date with stops in Leeds and Liverpool, before heading southbound towards Brighton, where he'll be playing at the Brighton Centre on March 11.

He'll then head for Wales, Scotland, and the Midlands, before capping off the tour with some very special shows at the O2 Arena in London on March 19 and 20. "Touring these new songs along with all of the first album has meant that the last year has been the most amazing twelve months imaginable," Ezra wrote on his site, and advises everyone who'll be in the audience to "Get practising those songs, polishing off your dancing shoes, let’s make it one to remember."

Tickets for his UK dates have sadly sold out, but that doesn't mean you won't get to see Ezra in action. Fans who are no longer able to make the shows are currently reselling their tickets on Twickets, which Ezra said in an Instagram post from Friday, Feb. 15 was his "official resell partner," which enables "users to buy and sell spare tickets at the price we originally intended."

If you have super bad luck, and can't seem to find any tickets on Twickets, then you could combine a night with Ezra with a city break somewhere in Europe. Following his UK tour, the singer will be hitting up Leipzig on May 5 before finishing his European tour in Munich on May 22.

He'll also be playing a string of festival performances, including a headlining set at Latitude Festival in Suffolk on Jul. 19, as well as TRNSMT Festival in Glasgow on Jul. 14. Until then, you can catch a live performance from Ezra when the Brit Awards air on ITV1 at 9 p.m. on Wednesday, Feb. 20. By the time you see him live, he could well be the recipient of a British Male Solo Artist award. Stay tuned.