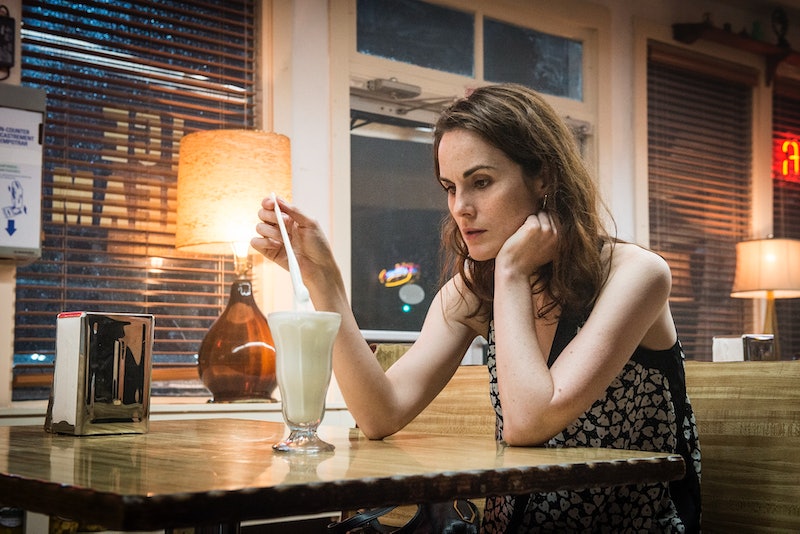 With its finale airing on Jan. 10, it feels like the first season of Good Behavior came and went far too quickly. Already, fans need to worry about whether Good Behavior Season 2 will happen. Well, worry may not be the right word. Though TNT hasn't renewed the breezy con-woman thriller yet, it seems like the series has a good chance of coming back for additional episodes. Anchored by a great central performance from definitely-not-Lady-Mary-anymore Michelle Dockery, Good Behavior managed to garner some solid reviews that highlighted the strong protagonist, good adaptation of the Blake Crouch novel it's based on, and compelling episodic storytelling.

Add that to the minor but steady Season 1 ratings listed by TVSeriesFinale, and it looks like Good Behavior might will likely brought back for an additional season. But it's not the only series that's obsessed with sexy, flirtatious relationships and cons who are obsessed with money and power. Hmmm, I wonder why those themes are resonating so well with audiences right now?

Anyway, while Good Behavior will be temporarily going off the air, there are plenty of other shows to catch up on that could take its place while you wait for confirmation on Season 2.

Matt Bomer, well-tailored suits, and a crime of the week? That's the recipe for the perfect show to marathon. If you need to know anything more than that, then maybe I didn't make myself clear: this show is about Matt Bomer, the world's most photogenic human, scamming his way through every besuited profession.

This wildly charming ensemble series is about a group of do-gooders who happen to be incredibly skillful criminals. Come for the cons, stay for the compelling characters that you will absolutely fall in love with.

If you're a big fan of the original book behind Good Behavior, then you should watch the TV adaptation of Crouch's Wayward Pines series. It's not really about cons, but with so many twists, it can sometimes feel like the show itself is trying to pull a fast one on you.

The members of the Rich family aren't what they seem — while they're pretending to be wealthy suburbanites, they're actually Irish Travellers who have assumed the identities of a dead couple.

This Bravo series is due to begin right as Good Behavior is coming to an end, and while its advertising has kept the twists and turns pretty under wraps, we know that it follows the victims of a woman who may be even better with wigs, makeup, and stealing people's money than Letty. Looks like Good Behavior's influence will continue into 2017, and hopefully, the TNT series itself will be back sometime this year too.