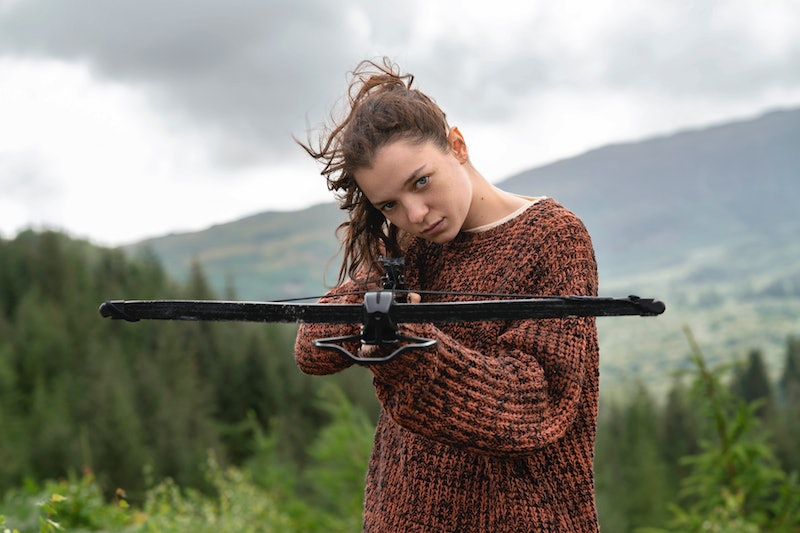 Spoilers ahead for Hanna Season 2. Although Hanna the series was initially adapted from a feature film, Prime Video has given the dystopian thriller room to grow. Season 2 premiered on July 3, exploring the titular teen soldier's life post-Utrax escape, and further widened the story's scope with new characters and a new setting. So really, a Hanna Season 3 is more plausible than you might think.

Season 1 ended where the movie did — Hanna freed fellow CIA subject Clara from Utrax and lost her father Erik in the process. In Season 2, Hanna takes Clara under her wing while their Utrax peers, including new characters Sandy and Jules, are transferred to The Meadows — an isolated pseudo-boarding school where they become fully equipped assassins and prepare for release into secular society under new identities.

Prime Video hasn't renewed the show for Season 3 yet, but the official announcement is likely to come soon, especially because Season 2 was renewed shortly after the series premiere. “Since it debuted only 10 days ago, Hanna has had a tremendous response, and we’re thrilled with not only how it has performed for us on the service, but with the action-packed world David Farr has created for the series and the stellar cast," Albert Cheng, co-head of television for Amazon Studios said in a statement following the series premiere. "We’re excited to give fans a chance to see Hanna continue her journey on Amazon.”

In a Season 2 teaser, the cast displayed their interest in the story's potential. "This season, we push more into thriller," Mirielle Enos, who plays CIA agent Marissa explained. Dermot Mulroney, who plays Utrax leader John Carmichael added, "There's this expansion of the story that brings with it a different type of environment."

A fan commented on the clip, surprised by the show's ability to carry on past the movie's narrative. The official account @hannaonprime confidently replied: "Hanna has much more to show the world."