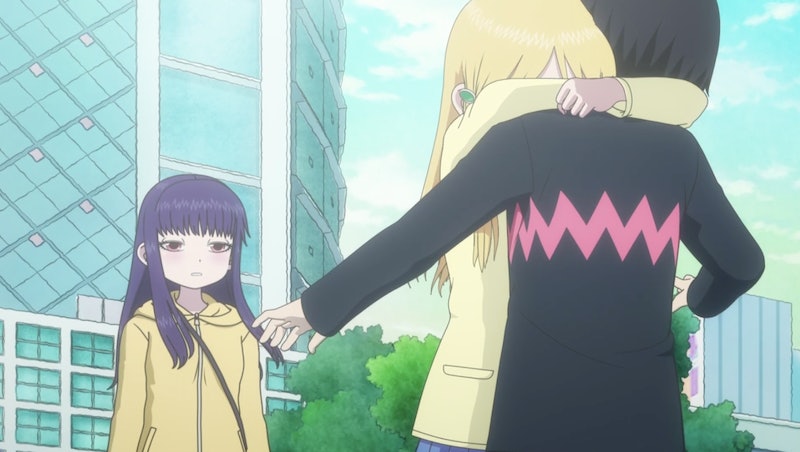 Hi Score Girl (or Hai Sukoa Gāru) is an anime adaptation of the Japanese manga written by Rensuke Oshikiri. And while Season 2 is slated to arrive on Thursday, April 9, Hi Score Girl Season 3 hasn't been announced. The series first premiered in Japan in July 2018 and arrived on Netflix that December, according to Anime News Network. Hi Score Girl Season 2 was released in Japan on October 25, 2019, per the same article, and is only now arriving on the streaming giant. So if there are any more seasons, fans will likely be in for a wait.

Season 2 takes place in 1996, and follows Haruo as he's stuck in a love triangle with Akira and Koharu Hidaka. However, Oshikiri is currently working on a spin-off called Hi Score Girl DASH, which follows Koharu as a middle school teacher in 2007, per Anime News Network. Oshikiri's first installment was released in Big Gangan in December 2019, the article reported, so it's very early in the manga's run.

And it seems like English-speaking fans will finally be able to read the manga for themselves. Hi Score Girl Volume 1 was finally published in English on Feb. 25, 2020. Volume 2 will be released on April 28, per the Square Enix website, while Volumes 3 and 4 are coming out on June 23 and Aug. 25, respectively.

While there have not been any announcements that Hi Score Girl DASH will be adapted into an anime, like its predecessor, at least fans can rest assured that Koharu's story is continuing past high school.