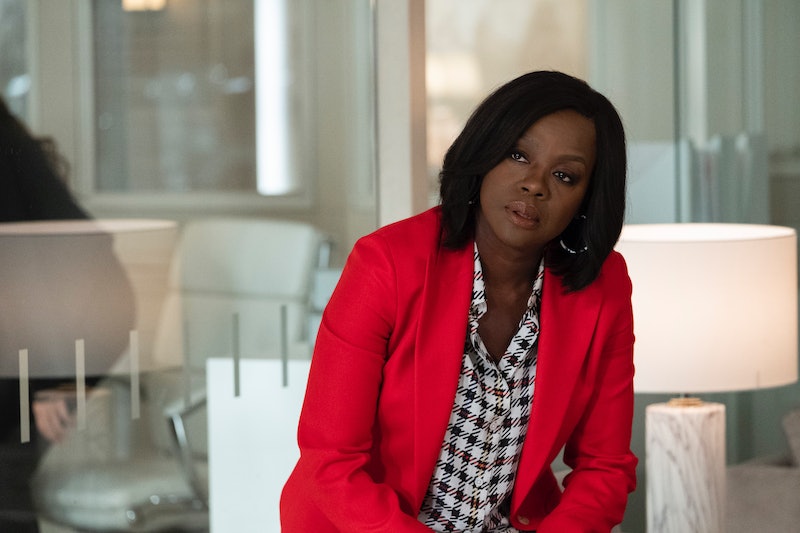 Well, that was fast. How to Get Away with Murder’s Season 5 finale is here and there’s way too much going on right now. Laurel’s secret brother in somehow involved in Nate, Sr.’s murder, Gabriel is still digging for answers about Sam, and the Keating kids are completely freaking out about possibly going to prison for their crimes. It’s pretty much impossible to wrap everything up in one episode, so the season will likely end on some cliffhanger to keep fans coming back for more. But, will HTGAWM return for Season 6 for another round of mayhem?

Update: ABC announced that How To Get Away With Murder Season 6 would premiere Thursday, Sept. 26, 2019, according to TV Line.

Right now, there has been no official word from ABC but, in the past, the network has announced the show's renewals a couple of months after the finale, so hopefully the official word will be released at that time. HTGAWM has been a staple in ABC’s TGIT block for a few years and has a very engaged online fan community who can’t get enough of the show. It wouldn’t make sense to suddenly cancel the show, leave a gap in that classic programming, and disappoint millions of fans.

TV Line reported that last week’s episode had the lowest ratings out of the entire series, but surely that isn’t enough to pull the plug, right? Showrunner Pete Nowalk is a Hollywood heavyweight so he probably wouldn’t set things up for another season if there was any chance that HTGAWM might be cancelled after this season.

He hasn't publicly said anything about having a specific number of seasons or episodes in mind for the total arc, but perhaps he has worked out a deal to go to a certain number of seasons before calling it quits. Honestly, there are only so many ways to keep rehashing the same formula of introducing a murder in a flash forward and going back to piece together the puzzle. But, it's hard to not watch anything that Viola Davis is in because she's a complete boss, right?

If the show is renewed, then it will likely follow TGIT tradition and return for a new season in September. So, that leaves a ton of time to ponder over whatever happens at the end of Season 5. Will someone else die? Who will go the prison? Is the Governor lying to Annalise? Why is Gabriel even here? And, why is Laurel’s brother suddenly on the scene?

A few of these questions will certainly get answers in the finale, but this story is far too complicated and deep to take on in less that an hour. Season 6 would be a chance to further explore how the FBI built the White Board of Doom, introduce Gabriel's mom, and find out what, exactly, happened to Laurel's mom.

There may not be a solid answer about HTGAWM's next season, but answers are surely on the way. Until then, there's plenty of confusion, plot twists, and whirlwind drama to keep fans busy for many weeks and months to come.