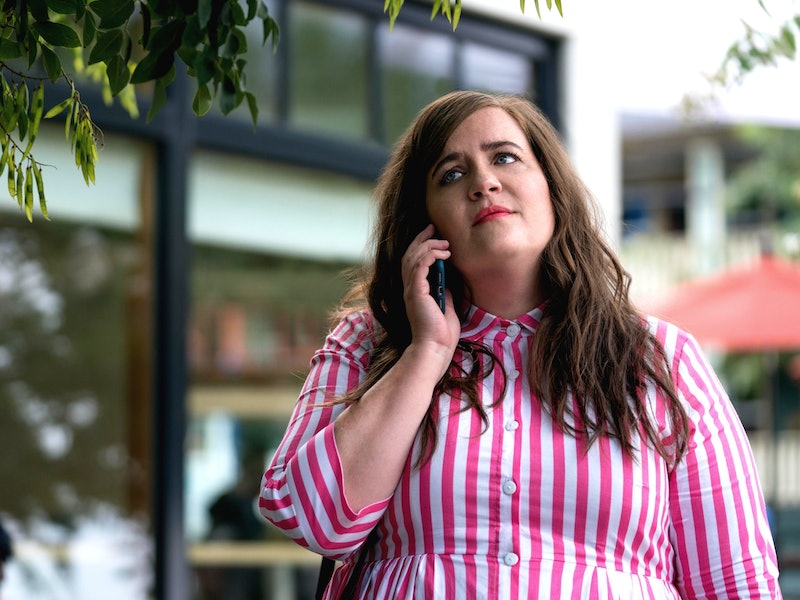 Hearing from all my friends in the US about how I *must* watch so and so show, then looking it up to see that it's only exclusive to Hulu — and therefore, not available to UK viewers — has been, not be dramatic, the bane of my life. Fyre Fraud, Castle Rock, Shrill, and so many others are shows that I've had to endure indefinite waits for, and I'm certainly not the only one who feels left out, and left wondering: will Hulu ever come to the UK? I'm hoping that streaming service is picking up on the huge demand from across the pond.

I mean it would be pretty hard to ignore it, seeing as they're inundated every day with tweets from TV fans in the UK, desperate to watch the shows that have yet to be made available to them. "Hey there! We don't currently have rights to stream content outside the US, but we'll definitely let our team know of your interest," is usually their go-to reply, and I reckon that by this point, the Hulu team have gathered that there's lot of "interest." So, is there any chance they'll listen, and give the UK their Fyre Fest & co. goodness?

Well, things are looking up. According to Comic Book, it seems more and more likely that Hulu will be offered internationally. That promising news came after Disney's purchase of 21st Century Fox Entertainment, who just so happen to own Hulu. As Comic Book explained: "The acquisition will give Disney a controlling stake in Hulu, allowing them to take steps to secure the licensing rights for its programs and offer some of its content to international subscribers."

The site added: "While international licenses might prevent some series from being accessed overseas, Hulu's library of original content would become much easier to obtain." Under Fox, Hulu faced "huge obstacles to the service arriving in the UK," according to Tech Radar. This came from Johannes Larcher, the Senior Vice President for Hulu International, who said that the company were interested in expanding into multiple markets like Europe and Asia," at the IP&TV World Forum 2011.

But while their technology was sound, the company had trouble accessing the actual content. A lot of that's down to the British broadcasters themselves. "Not only are the terrestrial broadcasters with the most watched programmes – like BBC and ITV – already well established in the market with their own players, but major broadcasters like Sky and Virgin are keen to pay to ring-fence the key US content for their own on-demand services," Tech Radar explained.

I reckon a lot's set to budge now that Disney has acquired Hulu, and it could even mean that you finally get to watch that Fyre Fest doc. In the meantime, certain Hulu original shows have been made available on Channel 4 in the UK including the Handmaid's Tale so we might be able to look forward to other shows following suit in the future. Still, a full UK Hulu move has been a seriously long time coming, and I'm sure that whoever's manning whoever's manning that Twitter account will be glad to not have their mentions filled with demanding Brits. Come on Hulu, make the move.