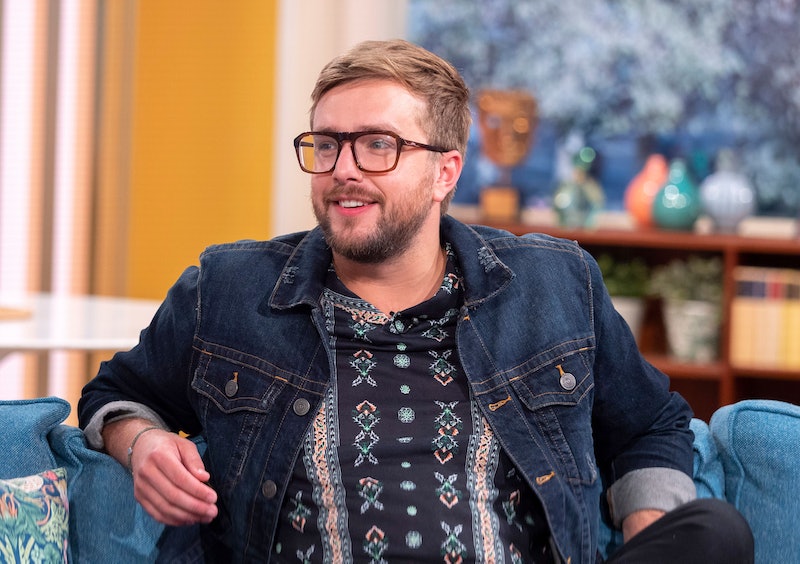 I know Love Island has only just begun, but I can't help but dread the prospect of it ending in eight weeks. After the glorious summer that was 2018, the end of the fourth series just felt so abrupt — especially after getting so used to Iain Stirling's voice narrate the drama unfolding between the islanders. Although, pretty soon after Love Island ended Stirling was back on the road performing across the country, so I can't help but wonder: will Iain Stirling tour the UK in 2019?

Update: Bustle UK has received a press release from Stirling's management, detailing his "biggest stand up tour to date" in 2020, which will run from Feb. 22 to May 22. Titled Failing Upwards, the tour will consist of over forty dates across the country, and you can grab tickets via Stirling's official site here.

Stirling's rep also confirmed that the comedian will also be testing out his Failing Upwards material during his slots at Edinburgh Fringe.

Previously: Technically, no. I've reached out to Stirling's management to see whether or not there is a tour in the pipeline and have yet to hear back, but as is detailed on the comedian's site is there are "no shows currently booked." However, prepare to get excited because Stirling will be at Edinburgh Fringe this year. He will be performing from Aug. 5 to Aug. 17 with a brand-new show titled Work In Progress. There's little to no info surrounding the show, but tickets are still available (at £8) — though you better be quick because there are only four dates left to choose from.

So what does this mean in terms of a possible tour? Well, Stirling's uber-successful U OK Hun? X began at Fringe in 2017 where it sold out pretty damn quick. The 2018 tour for U OK Hun? X then began in Bristol on Feb. 1 and concluded in Ayton, Scotland on Apr. 7, as detailed on the British Comedy Guide. This tour was extended further into the autumn and winter of 2018, with the tour officially ending on Dec. 2.

But that's not all. As detailed on live entertainment site Ents24, it seems that Stirling has two dates booked outside of Fringe. The first is on Sep. 16 at The Bear Club in Luton with fellow comedians Luke Kemper and Russell Hicks, but if you want in on that you better be quick as there are only a handful of tickets left, with general admission costing £11. The second show is booked for May 31 at the Lowry in Salford with plenty of tickets to choose from at £22.

While there's little to no info surrounding Sterling's new show, I have a feeling it will definitely incorporate some of the drama that is bound to go down on this series of Love Island, and will most likely reference Not Ready To Adult Yet; the comedian's first book that was published last August. The subject of the book surrounds, you guessed it, millennials and acts as an "ill-informed guide to what life is really like for [the generation], and how they can navigate it better," as is also described on his site.

A podcast was also released to coincide with the book, so at least you'll have plenty of Stirling content to absorb while you wait for news of a tour. And you never know, the material covered in this book and podcast could be integrated into Work In Progress.

There may be no solid news that Stirling will be going on another tour, but I promise I will keep you posted as it'll be a comedy event you do not want to miss.