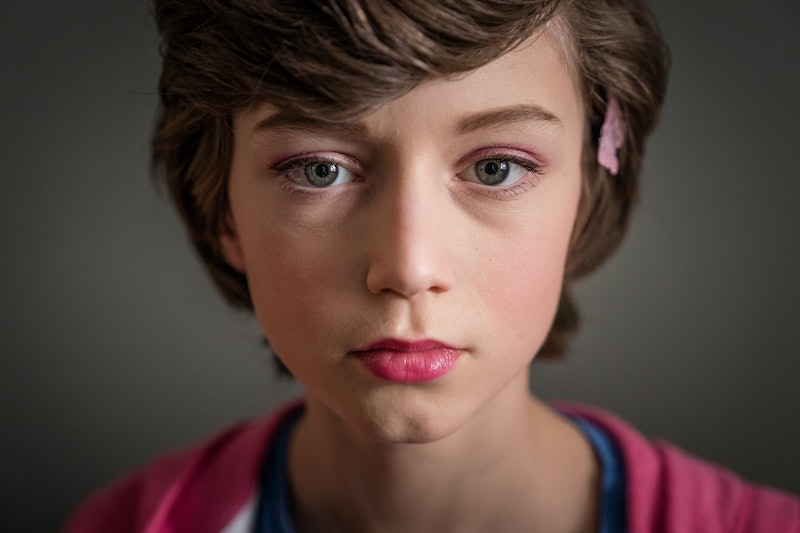 The groundbreaking new ITV drama Butterfly began airing this month and tells the story of 11-year-old Max, a transgender child who wants to live her life as Maxine. The story also follows Maxine's family, and the complexities that come with supporting their child's gender identity. Viewers of the Sunday night drama might be wondering if a second series is on the cards, but will ITV's Butterfly return for season 2?

As it stands, ITV have not commissioned a second series of the show, however the first episode of Butterfly began airing in mid-October, so it might be a little early to expect any announcements in regards to a second series just yet. I have, however, reached out to ITV for comment and will update with any information when it becomes available.

The ITV mini-series was written and created by the BAFTA award-winning screenwriter Tony Marchant, and according to the Express, the show's official synopsis reads: "Butterfly is a heartfelt and sensitive drama about the complex relationship between separated parents, Vicky and Stephen, and their division in opinion over how to support their youngest child, Max. From a young age, Max has identified as a girl but has tried to suppress these feelings in an attempt to earn Stephen’s approval. When Max’s feelings become increasingly distressing, Stephen seizes the opportunity to return to live at the family home, hoping to encourage male bonding and prove himself to Vicky. What unfolds is the greatest challenge and test of love and understanding imaginable".

The ITV drama stars Anna Friel and former Hollyoaks actor Emmett J Scanlan as Maxine's parents, Vicky and Stephen, respectively. In the show Vicky and Stephen are separated, but in spite of this work together in order to raise a happy family. Friel's character is a mother who is desperate to ensure Maxine's mental health is made a priority at all costs, and although both parents have their child's best interests at heart, dad Stephen appears to cling on to the idea that Maxine, played by Callum Booth-Ford, and her struggles with gender could be a phase, according to the Express.

When discussing the new series, Scanlan told Entertainment Focus "It’s basically a drama about ordinary people put into an extraordinary situation. The writing is so real, so relevant, so topical and so brave, which are the reasons why you get involved in projects like this".

And when discussing the show's potential social impact, the actor continued "I’m convinced that since people began that some have felt trapped within their own body, unable to express themselves because society has told them they can’t. It’s one of those wonderful opportunities where you get to talk about something that is so relevant. I think it’s important. It’s taken us until 2018 to write a story about this and discuss it, to understand it and to hopefully accept this is part of the wonderful, magnificent, infinite nature that makes us all human… that makes us all unique."

On Twitter, fans have been quick to praise the series.

Whether or not Butterfly reaches a second series, it's clear to me that the show has the potential to shed some serious light on important transgender issues, which impact so many people on a daily basis. For that reason, I am really looking forward to seeing how such an inspiring, yet difficult story plays out for mainstream audiences.