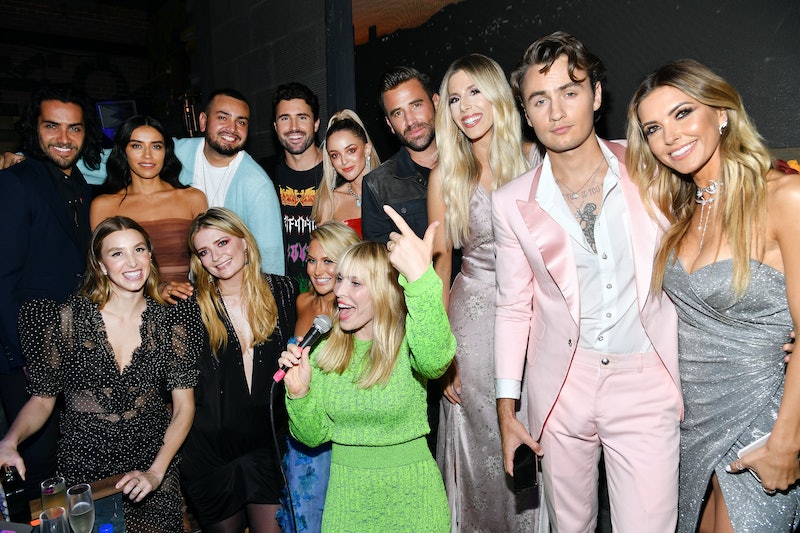 In the early 2000s, to watch the cast members of The Hills was to love them — any of them. Even the auxiliary characters like Frankie Delgado and Jen Bunney. In case you don't recall, Jen was one of Lauren "LC" Conrad's BFFs from Laguna Beach, and she came to visit LC in Los Angeles a few times to hang out to stir the pot. But since Lauren won't be on The Hills: New Beginnings, will Jen Bunney be on The Hills reboot? Everyone else seems to be back so it's not entirely out of the question.

For those of you who watched The Hills and want to relive it, or for those of you who need a refresh, Jen, LC, and Heidi got along swimmingly until Jen violated one of the biggest tenets of "girl code" — sleeping with a guy your friend is (sort of) dating. After LC and Jason Wahler broke up, the first guy she went after was Brody Jenner, because he's a handsome, sentient mop with a full head of hair. It wasn't serious between LC and Brody, but when LC found out that Brody and Jen had allegedly hooked up, too, it was not good. She cut Jen out of her circle and that was that. Meanwhile, Brody maintains that he never slept with Jen, as he told Yahoo.

Post-The Hills, Bunny stayed friends with Heidi and Spencer — they even attended her 2014 wedding to Taylor Dunphy, per Us Weekly — but mostly fell off the map. Or at least out of entertainment news headlines.

With multiple degrees in public health and a good job in her field, let's assume that Jen is, as Kristin Cavallari would say, dunzo, with the spotlight. She doesn't have any public social media accounts that I could find, so it's probably safe to assume that Bunney will not be on The Hills: New Beginnings. Jen likely wants her quiet life with her faimly these days and going on a reality show is not going to get her that life. The closest Jen has come to getting in the spotlight recently is as Heidi and Spencer's son Gunner's godmother and that seems like enough for her.

There could be another reason that Jen doesn't want to be involved with The Hills as on-camera talent — she knows what it takes to be on a reality show and it's not worth it to her. In a 2015 Complex interview about Heidi and Spencer, Jen said, “It was ridiculous. The show is a very poor representation of people’s character all around. As the series progressed and it became more popular, the portrayals stretched reality more and more.” It's very likely that she just doesn't want to risk being subject to the whims of reality tv producers and editors, which is totally understandable. Being on reality television is hard work, and having been raked over the coals herself in the first iteration of The Hills, Jen is making the choice to simply stay out of it this time around. For now, at least.