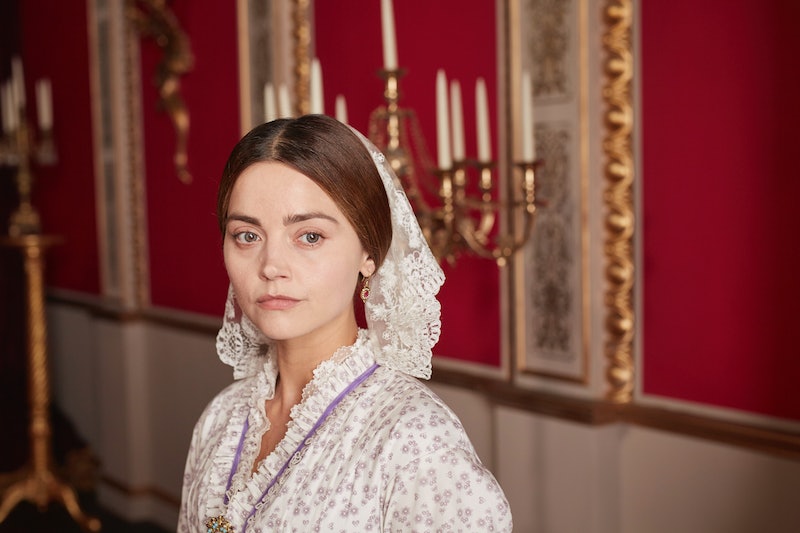 Truly, I cannot think of an actress more regal or better suited to playing a young Queen Victoria than Jenna Coleman. Since 2016, the actress has been playing the titular role in ITV's Victoria, and doing a grand job of it too. But the question is: will Jenna Coleman always play Victoria? Long may Coleman reign, I say. But there could be some developments somewhere down the line that may stand in the way of that. Let's dig in.

To my disappointment, it looks as though not only Coleman, but the rest of the cast — and the crew as well — will be taking a break from the show following series three, as Digital Spy reported on Saturday, May 11. Currently in its third season, Victoria has been dramatising the Queen's halcyon days, but it remains to be seen where the creators want to take the show in the future.

Appearing on Graham Norton's Radio Two show, Coleman said "We don't know yet," when asked whether she would be reprising her role for another series. Since Queen Victoria lived quite a long life, the series has got a heck of a lot of ground to cover, so it'll be "taking a break" to figure out its direction from hereon out.

A quick warning: there are spoilers head.

In series three's finale, which aired on ITV on Sunday, May 12, (and is available on ITV Player if you missed it), viewers saw Albert's health taking a turn for the worse, as he collapsed to the floor during the show's final moments. So, my guess is that a potential series four will document Albert's decreasing health. I mean, considering the real-life Albert died of typhoid in his early forties, it's fair to say we could be working towards that point. However, the current timeline of the ITV show is still several years away from that fatality, so there's still plenty of material to play with in the meantime.

Along with this, the show's creators are grappling with some bigger questions, asking themselves questions like "do you start at the Crimean War, or do you start later?" as Coleman told Norton.

Speaking more specifically about her own role, Coleman said there's just "too much story to cover." She explained that she'd have to "commit until [she was] 63" in order to portray the entirety of Victoria's life. Well, I can't say that'd be the worst thing to happen.

I've checked in with one of the show's reps to see whether they can provide more info on Coleman's future on the show, and I'll let you know if I hear anything.

One thing's for sure: when it comes to Victoria, a lot's going to change. It's possible that the show could even opt for a Crown-type revolving cast, with different actors being brought in each series. That's "an option," as Coleman told Norton, anyway. I guess for now we'll just have to sit tight and see how ITV want to play it.