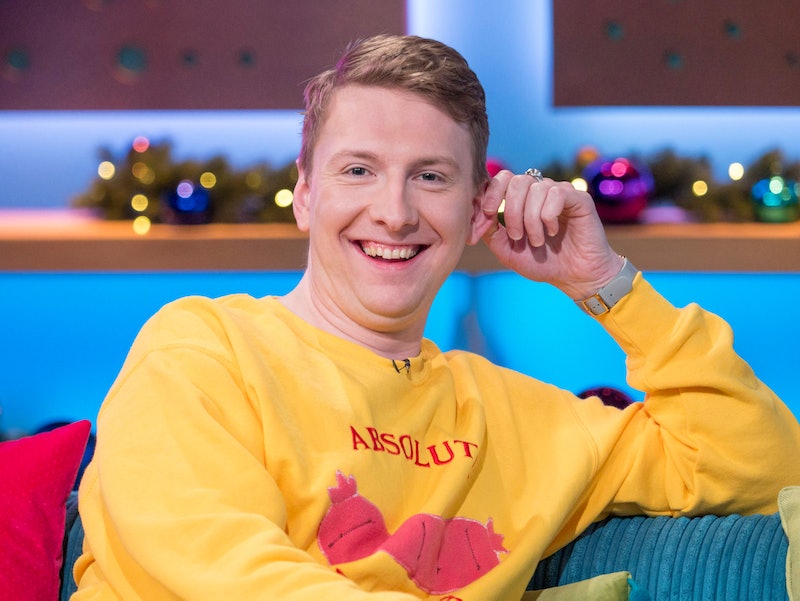 If you don't know him already, get to know him. Joe Lycett just might be the next big comedian of the moment. He's already made waves with his stand up performances on Live at the Apollo, but he's bound to draw in even more fans as he's about to present his first series of The Great British Sewing Bee. While getting to chortle at him from the comfort of your own couch is all well good, the experience just isn't the same as getting to see the comedian live. So, will Joe Lycett tour the UK in 2019?

Bad luck Lycett fans and about-to-be Lycett fans. He's yet to announce any live performances in the UK in 2019, but you can see if and when he does by signing up to See Tickets. Also, if you just so happen to be in Australia around April or May, you can catch him playing dates in Sydney Brisbane, and Auckland, according to his live listings on Viagogo.

By my guess, I wouldn't be surprised if Lycett announced UK tour dates on the back of his appearance on The Great British Sewing Bee, where he's taking over the reins from Claudia Winkleman. He's bound to rake in quite a few more fans, and a tour would be an excellent way to seal the deal. Right, Lycettians? Bustle contacted one of his reps to see if it'll happen, and I'll let you know if and when I hear back.

Until then, you can watch Lycett reeling through his best sewing puns and donning his best furry jackets, as he returns to present season five of The Great Sewing Bee on BBC2 at 9 p.m. on Tuesday, Feb. 12. He's the ideal eccentric personality for the show, as Lycett is to sewing reality TV what Noel Fielding is to amateur baking competitions. And like Fielding, you can expect plenty of er, colourful fashion choices from this host.

He also has a fair few surprises up his resplendent sleeves. In 2018, his clay head which he titled "Chris" was put on display at the Summer Exhibition 2018 in the Royal Academy's Gallery IV. Lycett then went on to put his creepy clay sculpture on sale for a head spinning £12.5 million. "Still up for grabs lads," he tweeted on June 15, 2018. It still doesn't look as though "Chris" has budged.

If that doesn't convince you to watch out for his live shows, then maybe all the rave reviews he's gotten should nudge you along in the right direction. Back in April, 2018 the Guardian gave one of his live shows four stars, with reviewer Brian Logan writing: "If one marker of good comedy is making it seem effortless — not an artifice at all, just a naturally funny person chatting from the stage — then Lycett is among the best we’ve got."

So, if spending the night with one of Britain's most effortlessly funny comedians sounds up your alley, then tune into The Great British Sewing Bee each Tuesday at 9 p.m., and hold out for those lives dates which I'd bet Lycett is soon to announce.