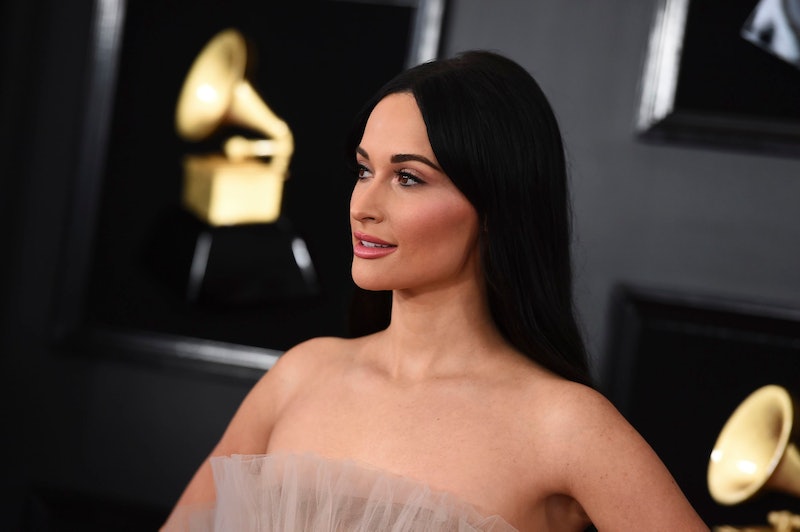 U.S. country singer Kacey Musgraves had an excellent night at the 2019 Grammy Awards last weekend, where she bagged an impressive four wins, including the coveted Album of the Year trophy. The "Golden Hour" singer is currently performing all across America on her Oh, What a World tour, and has previously performed live shows at various locations in Europe. But will Kacey Musgraves tour the UK in 2019?

According to the singer's official website, there are currently no plans for the Grammy winner to tour the UK in 2019. I have reached out to Musgraves' representative for comment on potential UK dates, and will update you with any information once it becomes available.

However, British fans shouldn't lose all hope just yet, because Musgraves has actually toured the UK before. As reported by The List, the singer took to the stage last year in cities including Birmingham, Manchester, Gateshead, Glasgow, and Liverpool, all of which came after her headline performance at London's O2 Arena for C2C: Country to Country, a country music festival. Other major UK shows took place last October at Bristol's Hippodrome, York's Barbican, Nottingham's Concert Hall, and at the SSE Arena in Wembley.

The remainder of Musgraves' Oh, What a World tour will see the country star perform in many cities across the United States, before concluding in the Dominican Republic.

As previously mentioned, Musgraves scooped up several awards at the 2019 Grammy Awards in Los Angeles on Sunday. According to the Evening Standard, the singer took home awards for Album of the Year, Best Country Album, Best Country Solo Performance (for "Butterflies"), and Best Country Song (for "Space Cowboy"). Musgraves look visibly surprised at the moment when her album emerged victorious in the Album of the Year category, one of the biggest of the night. During her acceptance speech, Musgrave said: "Oh my God, oh my God, I don’t even know what to say. It was unbelievable to be in a category with such gigantic albums, really brilliant works of art." The singer continued:

"It’s really crazy but I’m very thankful. I know winning this doesn’t make my album any better than anybody else’s in that category. They’re all so good. Life is pretty tumultuous right now for all of us. I feel like, it can feel that way, and I feel like because of that, art is really thriving, and it’s been really beautiful to see that. Thank you for championing mine. I would have nothing without songs. For me it's all about the songs."

Another success story of the night came after Cardi B's monumental win in the Best Rap Album category — as she became the first solo female ever to achieve this accolade. As reported by Billboard, the rap superstar went on to thank her daughter during her acceptance speech. She said: "I want to thank my daughter. I'm not just saying thank because she's my daughter. When I found out I was pregnant, my album was not complete. I had three songs I was for sure having. And you know how it was... We were like, 'We have to get this album done so I could shoot these videos while I'm still not showing.' It was very long nights."