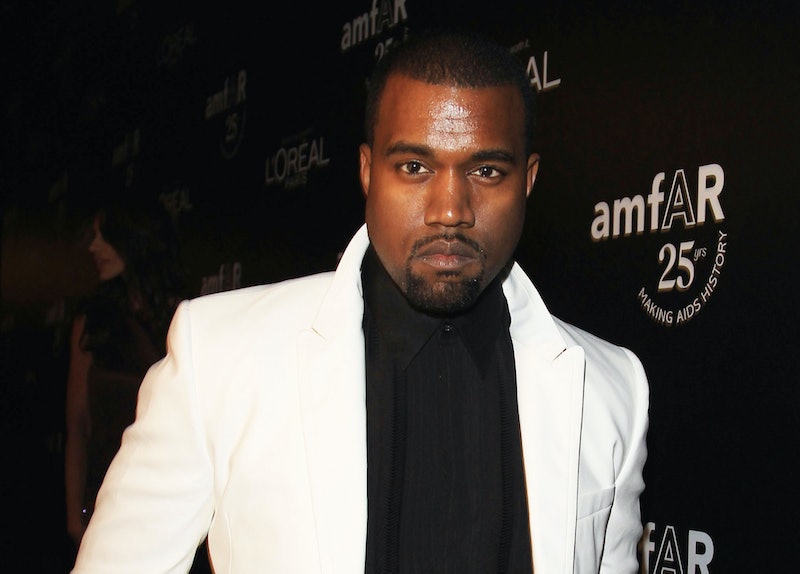 When you buy a ticket for a Kanye West show, you never quite know what you're in store for. You might get a set packed with wall-to-wall bangers, you might get an hour-long rant about whatever's on his mind that day, or, you might experience the best yet most confusing night of your life. One thing you can guarantee though, is a performance unlike anything you've ever experienced before. Given that he's released plenty of new material this year, both as a musician and producer, will Kanye West Tour the UK in 2019? Surely another tour has to be on the cards in the not too distant future?

Well, if you're thinking it's been a while since West set foot on a British stage, then you're right. The last time West played to a UK audience was three years ago when he headlined Glastonbury back in 2015. However, the gig didn't exactly go as he had hoped. On stage, the rapper forgot the words to Queen's 'Bohemian Rhapsody' and had to restart his song 'Black Skinhead'.

Afterwards, during an interview with BBC Radio One’s Annie Mac, West admitted he was upset with his performance. He said: "It was incredible. I started off the show and I completely messed up the music. I’m a bit of a perfectionist so it really put me into a slightly depressed state.

"It put me back in the position of when I was in high school and I got fired from my job, or when I played my music for R Kelly and he told me he was going to sign me, and then three months later I didn't have any money, I couldn't afford a haircut, I couldn't take my girlfriend to the movies and I'm still in my momma's bedroom, working on beats and I was that close to being signed by R Kelly."

Despite what had happened, West picked himself up, dusted himself off, and announced another tour in 2016 to accompany his album The Life Of Pablo. However, this didn't go to plan either. During one of his shows in New York, the rapper brought his performance to an abrupt end after being informed on stage that his wife Kim Kardashian had been robbed at gunpoint. A string of shows were then cancelled so that he could be at her side. However, the tour was eventually resumed.

For a moment it appeared as though everything was back on track, however, when West returned to the stage, his behaviour was questioned. As opposed to performing his iconic songs, the rapper would launch huge unscripted rants in front of confused audiences. Beyoncé, Jay Z, Facebook, and Hilary Clinton were all targeted during his lengthy speeches, which created huge headlines at the time. Then, during one show in November 2016, he cut his show short, according to the Independent, and announced to the crowd that he was cancelling the rest of his tour, saying: "Get ready to have a field day, press, because the show's over." West then dropped his mic and walked out. Meanwhile, ticket holders were given refunds.

Soon after, West was hospitalised, spending eight days at UCLA Neuropsychiatric Hospital Center, Digital Spy reports. He spent much of the following year in recovery, but now almost two years later, he appears to be warming back up to the idea of returning to the stage.

TMZ reported last year that West's team had been in contact with Live Nation — who were responsible for putting on his Life Of Pablo tour — and claimed that the rapper was ready to start working on another tour. When these claims were first reported, sources close to TMZ expected a tour to kick off in 2018, but with only four months of the year left, that seems unlikely. However, with his surprise appearances, album listening parties, increasing presence on social media, and new music, 2019 could quite possibly be the year that West makes his UK comeback. I contacted West's for comment. So, is a UK tour on the cards for next year?

Currently, there is nothing in the diary, however, if you want to be one of the first in the know when that news is announced (and it could be sooner than you think), then sign up to Ticket Master here. By providing the site with your email address, you will receive a notification as soon as tickets are released, so if you want in on the action, you best sign up.